While the news photography industry has spent the last decade bemoaning the diminishing numbers of photography positions in large news organizations, a small group of researchers are shedding light on another unsettling number crunch: the gender gap.

In a field dominated by men—who made up 85% of the respondents in the recent State of News Photography study—researchers found that women photographers were less likely to be employed by large media companies (7%) compared to men (22%). Among those few who did work for such organizations, the women were assigned work less often than their male counterparts and they were more likely to work part-time and not have another job. As for salary, more women earned less than $9,999 (42%) compared to men (34%), and many more men (5%) earn $80,000 or more, compared to 1.5% of women.

The findings are part of an extensive 76-page document published on Sept.23 that investigates the state of photojournalism today. The study—conducted by World Press Photo, the University of Stirling and Oxford University’s Reuters Institute for the Study of Journalism—is based on a survey of 1,556 photographers from more than 100 countries who were asked 63 questions about their experience as photojournalists.

David Campbell, one of the three authors and a past secretary to the World Press Photo contest, said the gender imbalance is not new. “We weren’t surprised, we know it is fairly consistent with previous internal analyses of contest entrants,” he says.

For photojournalist Lynn Johnson, the study’s findings reflect what she has observed in the industry. “In the many years I have been in this profession it has always been male dominated,” she says. “This issue must be addressed. We must advocate for ourselves and each other.”

While the underlying causes remain illusory, the study suggested that their situation might not be due to a lack of effort. Of the 236 women photographers who participated in the study, 82% said they were university educated, compared to 69% of males. They were also more engaged in social media, with 76% of them thinking the activity was important, compared to 61% of males. The study also found that they are more versatile, in terms of technology use, such as video and multimedia.

There is kind of an openness and willingness to network and use the new tools, Campbell says, speculating that in many of these cases, women have entered the profession later and are more open to new ways of doing things.

But the numbers tell a different story. These women are more educated, more likely to grow an audience on social media platforms and more digitally savvy—and yet, fewer are being paid and employed. “It’s uncomfortable to try to ascertain the real reason for the wage gap, especially when so many more women are actually self-employed,” says Melissa Golden, an Atlanta-based photojournalist. “Is it because, on the whole, we’re not as good at aggressively marketing? Asking for what we’re worth? Determining what we’re worth?”

For Golden, it’s a question of whether or not formal, institutional education is still necessary. “There has been a strong push over the last couple of generations for women to attend college, and rightfully so,” she says. “Unfortunately, I think this has worked to their disadvantage in photography. I enjoyed getting two bachelor’s degrees, but I learned everything I actually needed to know about being a photographer in the field.” She says that while schools may have started incorporating practical education into the curriculum, the stats probably wouldn’t reflect that at this point.

The study also looked at the psychological effects, finding that there was a considerable degree of stress among women respondents about the rapidity and expense of the evolution of image-oriented technology. Male photographers were also slightly more positive than their female counterparts about the future of photography. For Golden, it’s no wonder that women are stressed about their future as journalists. “We hear stories about our colleagues whose pregnancies rendered them radioactive. When clients find out, assignments dry up, it never gets much better. There are constant threats of sexual harassment and violence, often with no [Human Resources] department to appeal to. We’re surrounded by damaging and diminishing words and actions.”

But despite these stress triggers, there is a great deal of enjoyment, and optimism among women in the lifestyle that photography provides, the researchers wrote: “Photographers feel valued in their communities. They feel their work is important. They are positive about the new opportunities that visual storytelling offers. They feel satisfaction with the creativity and variety of the work. And, notwithstanding the low earnings, they mostly feel better off now than five years ago, and they expect things to continue this way for the next five years. Whatever the challenges—and they abound—this is not a story of professional anguish and decay but one of diversification, resilience, and of hope.”

Anastasia Taylor-Lind, a documentary photographer based in the U.S., agrees. “How much a photographer earns is only one measure of success,” she says. “The more competent I become as a storyteller, the less I earn (or the more I spend), because I have the courage to turn down editorial assignments, and the self-belief to produce only self-initiated, self-funded work that I think is important.”

But more can always be done, says Golden. “Here’s my advice to men and women on how to retain women in the field,” she says. “Support them. Make them feel valued and competent (assuming they are) and don’t dismiss them when they bring up concerns pertaining to their gender. Yeah, we all have to be tough to make it in this line of work, but women (and other marginalized groups) often have to put up with some really damaging treatment— damaging to their confidence and well-being and pursuit of happiness—and to dismiss this shows a lack of compassion that does not belong in journalism.”

Correction: The original version of this story incorrectly described Anastasia Taylor-Lind. She is a documentary photographer based in the U.S. 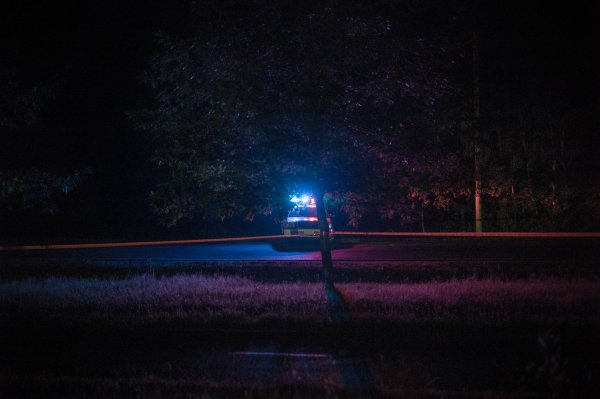