In Havana, Cuba, on Wednesday, Santos announced that three years of arduous peace talks were about to deliver vast dividends. After reaching a framework agreement to provide leniency for rebels accused of human rights abuses, Santos announced that his government and the Revolutionary Armed Forces of Colombia, or FARC, intend to sign a peace treaty within six months. After that, he said, the guerrillas would have 60 days to begin laying down their arms.

“We are adversaries, but today we advance in the same direction, the most noble direction of any society, which is peace,” said Santos, who was making his first appearance at the peace negotiations since they began in the Cuban capital in November 2012.

Life without war would be a novel experience for most Colombians. The FARC first took up arms in 1964 to fight for land reform, social equality and Marxist rule. But the guerrillas became deeply involved in drug trafficking, extortion, kidnapping and illegal gold mining. The profits allowed them to keep fighting even as the Cold War ended and rebel abuses turned nearly the entire population against the FARC.

The conflict has killed nearly a quarter of a million people while thousands more – mostly civilians – have disappeared or been uprooted from their homes. Even though the intensity of the war has diminished in recent years, land mines and a lurking rebel presence have kept vast tracts of countryside off-limits to tourism and investment while government funds that could go towards anti-poverty programs are funneled into the war effort. It’s no wonder that Pope Francis, in his Mass in Cuba on Sept. 20, called on both sides to end “the long night of pain and violence.”

Whether or not the Pope’s prayers played a role, a day after he left the island for the United States, President Santos announced a major breakthrough. FARC negotiators had long insisted that its leaders accused of massacres and kidnappings would spend no time behind bars. Instead, the FARC lobbied for amnesty, similar to the way some of the worst offenders avoided justice following conflicts in South Africa, Northern Ireland, El Salvador and Argentina. But international law now demands that governments investigate and prosecute war crimes.

After more than a year of haggling, the two sides agreed to set up a special tribunal with Colombian and foreign magistrates to deal with the most extreme cases of massacres, forced displacement, sexual violence and hostage-taking. Accused FARC members who cooperate and tell the truth are to receive five to eight year sentences in non-traditional penal settings, such as work camps. Those who refuse to collaborate could get 20-year sentences in conventional prisons.

But the agreement has provoked howls of protest. The Colombian government’s Inspector General, Alejandro Ordoñez, said punitive measures must by proportional to the crimes committed rather than “symbolic or non-existent.” Former President Alvaro Uribe, one of the most vocal critics of the peace process, accused Santos of “surrendering” to the FARC. Human rights groups are dismayed by the accord’s vague definitions and potential amnesties.

“Colombia has a duty to investigate and prosecute all those suspected of criminal responsibility for crimes under international law,” said Erika Guevara-Rosas, Americas director at Amnesty International. “This obligation is non-negotiable, even in the context of a peace process.”

Given recent history that seems unlikely to happen. For example, a decade ago some 30,000 paramilitaries who fought against the FARC demobilized. But even though these right-wing militias were responsible for some of the war’s worst atrocities, Guevara-Rosas said only a small handful of paramilitary leaders were brought to trial.

Still, the FARC was unlikely to approve any deal calling for stiffer punitive measures. At a news conference in Havana on Thursday, Sergio Jaramillo, the Colombian government’s peace commissioner, insisted that ending the war would be the biggest advance for human rights in Colombia. But he also insisted that “the crimes that were the most agonizing for Colombians will not remain in impunity.”

Much remains to be done before a signing ceremony can take place, including coming up with a mechanism for disarming the FARC, which still has about 6,000 fighters under arms. The FARC then intends to form a left-wing political party and take part in elections. President Santos has also pledged to put the peace treaty before Colombian voters in a referendum.

Yet there is a growing sense that, even if its an unfamiliar term, Colombia is quickly moving towards a postwar era. Speaking to reporters in Havana on Thursday, Humberto de la Calle, the Colombian government’s chief negotiator, declared: “We are starting to count the days.” 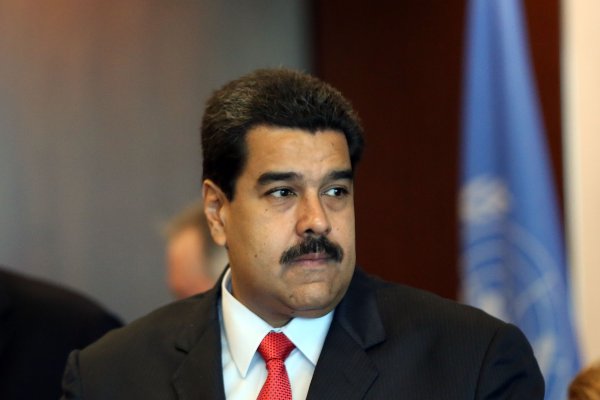 Inside Colombia and Venezuela's Border and Refugee Crisis
Next Up: Editor's Pick