Few people have experienced terror like Kaitlin Roig-DeBellis. Three years ago today, December 14, the first-grade teacher at Sandy Hook Elementary School had just played “Oh What a Beautiful Mornin'” for her students to start their daily class meeting. Just as they wrapped up their talk, she heard gunshots from the hallway.

She crammed all 15 of her students into the three-by-four-foot bathroom inside her classroom to hide from the attacker. She kept the children calm and quiet as they huddled together, reassuring them that good guys would come save them from the bad guys, but also telling them how much she loved them, in case these would be the last words they’d hear.

Roig-DeBellis’s class was unharmed, but hearing the attack unfold in nearby classrooms was not an experience easily overcome. She writes about that struggle for both herself and her students in Choosing Hope: Moving Forward From Life’s Darkest Hours, which came out in October.

When the children returned to school, they were fearful and jumpy at every loud noise.

“How do you reassure a first-grader that the monster under their bed isn’t real when they’ve met the monster?” she writes.

Though Roig-DeBellis and mental health professionals at the school were doing their best to help the children adjust to a new building, she felt more changes needed to be made, like metal bars on the windows beside the front door, and a rope-ladder in case the kids needed to escape out the window.

She felt “tangible” precautions would make everyone—herself, the children and the parents—feel safer. The administration refused, on the grounds that the ladder could be dangerous to students and the building was already safe. “We looked at what was reasonable and did consider her concerns,” then superintendent Janet Robinson told the Hartford Courant. “This was a school that was incredibly secure and the Monroe police went overboard to take special care of us including surveillance from the police cars.”

Roig-DeBellis continued to press the issue and ask for more accommodations for her students, and was told she either needed to accept she wouldn’t get what she wanted or take a leave of absence. She chose the latter, and ultimately resigned from her position. Roig-DeBellis now works full-time on her Classes 4 Classes organization, which helps classrooms donate to other schools in need.

At the end of that 2012-13 school year, the class parents put together an event for all of the children to see their teacher again, and they were all delighted to reunite:

They played and talked all afternoon, and when the party ended, the children presented her with a gift: “the most beautiful handmade platter with thumbprints painted like bumblebees. Beneath each of the thumbprints was a student’s name. The back of the platter was inscribed: ‘Ms. Roig. 2013. You have left an imprint on our lives.'”

As it came time to say goodbye, Roig-DeBellis writes, she repeated a refrain from their darkest day: “As I told them in the classroom bathroom that day, ‘I love you all very much.’ And I truly did.” 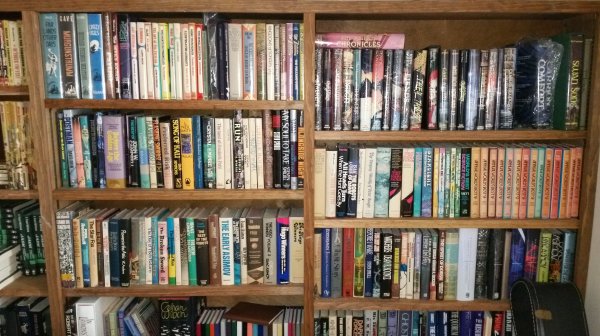 How to Turn Your Paper Books Into (Free) E-books and Audio Books
Next Up: Editor's Pick