What Dr. Dre and the Koch Brothers Have In Common

Rapper Dr. Dre arrives at the premiere of Universal Pictures and Legendary Pictures' "Straight Outta Compton" at the Microsoft Theatre in Los Angeles on Aug. 10, 2015
Kevin Winter—Getty Images
Ideas
By Ron Stodghill
Ron Stodghill is the author of Where Everybody Looks Like Me: At the Crossroads of America's Black Colleges and Culture.

Last year, as I researched a book on the crisis facing America’s historically black colleges and universities, billionaire businessmen David and Charles Koch donated $25 million to the United Negro College Fund. One would assume the Koch’s largesse would have been celebrated, especially in light of the number of historically black colleges and universities (there are some 104 them) struggling to stay afloat these days. Yet instead of praise, the UNCF’s acceptance of the Koch foundation’s gift was criticized; the money, some thinking went, was a cynical PR ploy by a couple of Tea Party leaders whose conservative agenda, including supporting state laws that hurt black voters’ rights, made them natural foes to black colleges.

The Koch controversy is, unfortunately, among the many racial paradoxes and head-scratching ironies that run through my new book, Where Everybody Looks Like Me: At the Crossroads of America’s Black Colleges and Culture, a narrative account of the perfect storm buffeting HBCUs — institutions that boast such figures as W.E.B. Du Bois (Fisk University), Martin Luther King, Jr. (Morehouse College), and Oprah Winfrey (Tennessee State University) as alumni.

Today’s black colleges struggle to survive numerous threats, from a steady migration of black students to better funded, predominantly white universities, to heightened performance standards and waning support from the federal government, to a push by conservative lawmakers to consolidate or shut down weaker, publicly funded HBCUs.

These trends are grim enough. Further complicating them, though, is a rising tide of racial distrust around in and around HBCU ivory towers. To be sure, in many cases, such distrust is entirely warranted. Since their founding after the Civil War to educate newly freed slaves, HBCUs been under constant attack.

But I wasn’t prepared for the racial backbiting and infighting that I encountered in my research. There was, for instance, the Wilberforce University president who likened her biggest critic, a white economics professor, as a self-perceived “massa” dividing blacks on the “plantation”; the newly tapped white New Orleans event promoter blaming her own skin color as a negative in her work to revive the Bayou Classic, a traditional Thanksgiving football game between Grambling University and Southern University; the president of Dillard University railing against rap impresario Dr. Dre for writing a multi-million dollar check to predominantly white, well-heeled USC instead of a black college, whose students are his biggest fan base; or the head of the Thurgood Marshall College Fund, while asking why wealthy blacks rarely write big checks to black colleges, also confessing that, in most cases, “Our funding comes from Republican rich white guys and their wives.”

Sure, the rifts adds drama to Where Everybody Looks Like Me. Hanging in the balance, though, are some 325,000 students enrolled in HBCUs today – students who rightly expect these institutions to provide an education that fully prepares them to compete in today’s job market or pursue post-graduate studies. The reality is, if current trends continue, many of our nation’s beloved HBCUs won’t survive, as evidenced by such casualties as Morris Brown College in Atlanta (bankrupt), St. Paul’s College in Virginia (closed), and cash-strapped Knoxville College’s decision last month to suspend classes this fall in order to restructure. HBCUs are under siege, and the war of words only distracts from the real issue, which is how to rescue them before it’s too late. 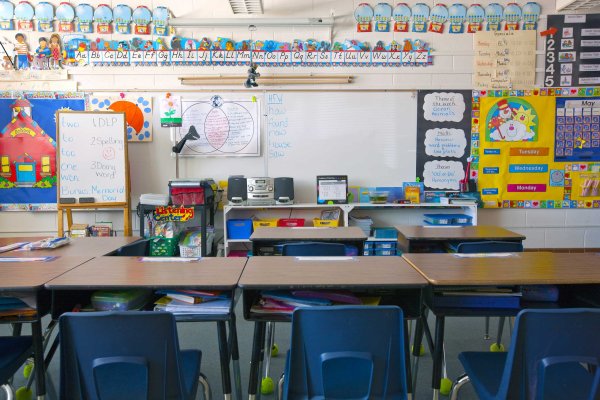 Anger at Decision Not to Close Schools for Muslim Holiday
Next Up: Editor's Pick