This NYC Pizzeria Made a Pope Portrait on a Pie

Last week, Father Hernan Peredes, who says he is friends with Pope Francis, told New York City news station FOX 5 News that the pontiff “wishes” to have a slice of pizza in New York City.

So in that spirit, Bleecker Street Pizza in Greenwich Village has made a pie with a portrait of the Pope that is on display in the shop.

On the mozzarella and tomato pie, Pope Francis is wearing a robe made out of ricotta cheese. Anchovies make up the illustration of Jesus on the cross, as well as the shadows on his robe and on his face. Pineapples make up the yellow on his hat, while red peppers and cucumbers compose the decorative red and green bits on his garments. His skin tone is a mixture of ricotta cheese and raspberries, which the pizzeria’s manager Tony Salihaj said was the hardest part of the portrait to get right.

It took five hours for Salihaj and his team to make this pie, so he says he does not have time to make more, despite offers of $1,000 and requests to produce 30 of them that he claims to have received.

Read next: Check Out All of the Crazy Ways People Are Cashing In on the Pope’s Visit to America 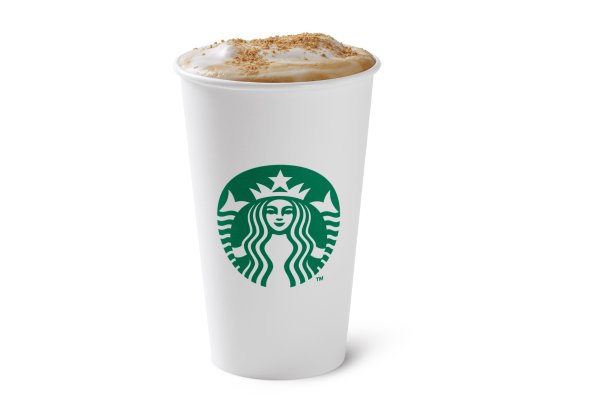 Starbucks Introduces a Toasted Graham Latte
Next Up: Editor's Pick