Why the World Doesn’t Have to Fear Japan

Trouble in the East China Sea between China and Japan, the world’s second and third largest economies, has been an uncomfortable undercurrent in global affairs. Now, 70 years after the end of World War II, ostensibly pacifist Japan has passed legislation that expands the role and reach of its military. The angry reaction from the Chinese and South Korean governments that followed owe as much to domestic politics as to memories of WW II–era Japanese militarism. Some fear that Japan’s move signals that East Asia will become the world’s next danger zone.

But breathe easier–East Asia is one region we don’t have to worry about.

First, it’s much easier to pass a new law than to build a new military. That’s especially true in Japan, which doesn’t have much more money to spend on defense. The country’s debt is already approaching 250% of GDP, and the International Monetary Fund warned this summer that it will rise to as much as three times the size of Japan’s economy within 15 years unless the government reins in spending. The country’s rapidly aging population demands progressively higher spending on pensions and health care. That’s why Japan’s Ministry of Defense is asking for a bump in military spending of just 2.2% for next year, a rise that owes more to increased costs imposed by a weaker yen than a desire to beat China, which is recording double-digit increases in military spending.

Nor is there public support in Japan for a more hawkish foreign policy. The new law has eroded Prime Minister Shinzo Abe’s popularity and provoked intense protests inside and outside Japan’s parliament. According to a recent Pew survey, 68% of Japanese want to limit Japan’s military activity, while only 23% want the country to be more active. If Japan becomes militarily aggressive, costs will become unsustainable and opposition to Abe will become entrenched.

So if it’s expensive and unpopular, why did the Prime Minister push for this change? Abe wants to demonstrate Japan’s commitment to the military alliance with the U.S. by showing a willingness to become a more active partner. The U.S.-Japan alliance, not a stronger Japanese military on its own, is crucial for countering China’s expansion.

In addition, many members of the ruling Liberal Democratic Party (LDP) are more hawkish than the average Japanese. Appeasing them helps Abe build and maintain support within the LDP for his more important drive for economic reform. And the economy is one more reason Japan is not about to stoke conflict. China is Japan’s largest trade partner. We may see more Japanese patrol boats in the East China Sea, but we’re no more likely to see open conflict than we were before this law passed. 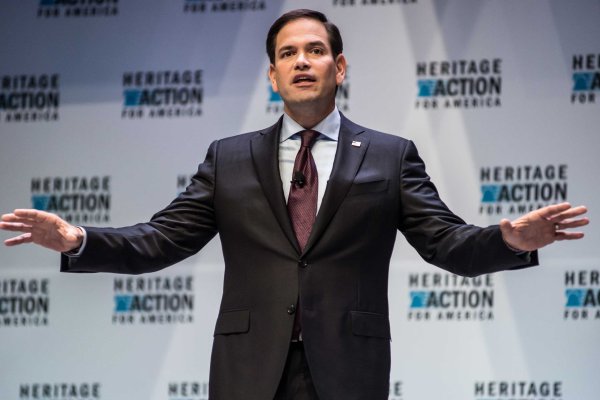 Marco Rubio Earns His Place in the Republican Top Tier
Next Up: Editor's Pick