As an astronaut stranded on Mars, Damon channels the pluck that saved missions like Apollo 13
Aidan Monaghan—20th Century Fox
By Jeffrey Kluger

Mars doesn’t want anything to do with human visitors. Just think of all the ways it’s dreamed up to kill us. If it’s not the bitter cold, it’s the lethal radiation; if not the radiation, it’s the thin, poisonous atmosphere. You go, you die–unless you’re very, very good.

That’s part of the appeal of Mars in the first place–and part of almost all outrageous acts of exploration. Show us the second tallest mountain in the world and we want to climb it. Show us the tallest and we need to. Give a place a no-go name like Death Valley and, well, that’s nothing but a dare.

Such cowboy brass, coupled with a raw frontier survival story, made Andy Weir’s 2011 novel The Martian a best seller, and it’s the same combination–plus a lot of 3-D fireworks–that informs director Ridley Scott’s screen adaptation starring Matt Damon. Yes, The Right Stuff was a lot of fun, but all of the missions in that tale had the narrative misfortune of being successful. It’s only when everything goes to hell–as it did in Gravity, or Apollo 13 (which, full disclosure, was based on the 1995 book I co-authored with astronaut Jim Lovell)–that the audience puts real emotional skin in the game.

In The Martian, viewers get down to bone. The story turns on astronaut Mark Watney (Damon), who is lost in a windstorm, assumed dead and left behind when his crewmates have to get out of Dodge before the same tornado wallops them. But oops, Watney survives, and now must find a way to stay alive for more than 500 sols–or Martian days–before a crew can come back and save him.

You’ve seen this movie before: Cast Away, Swept Away, Lord of the Flies and (like it or not) Blue Lagoon. But the thing about being stranded on a desert island is that you can breathe the air, the temperature is warm, and the groceries literally grow on trees. Not so on Mars. If Watney is going to survive, he must, as he memorably puts it, “science the sh-t out of this.”

And so he does, ginning up a way to manufacture water, building a greenhouse and growing potatoes–the last with more than a little help from the human fertilizer he and his five crewmates produced during their stay. But Watney manages more than growing crops on Mars (which, he eventually learns, officially means he colonized the planet). He also dreams up ways to re-establish his severed communications link with Earth–thanks to an ingenious guest appearance by a vintage NASA Mars probe–rebuild his habitat when a sudden disaster wrecks it and repurpose his rover for a treacherous journey across 3,400 kilometers of dead (and deadly) Martian terrain.

The movie does have holes–some stylistic, some scientific. Weir himself acknowledges that the Martian atmosphere, just 1% the density of Earth’s, could never whip up the tornadic force that sets the movie in motion. (Gravity, too, was premised on an impossible accident.) What’s more, the administrator of NASA (played by Jeff Daniels) would no more need to have the idea of a gravity assist maneuver explained to him than the chair of the Securities and Exchange Commission would need a primer on stock options. And judging by the rat-a-tat dialogue, screenwriter Drew Goddard spent one too many days in an Aaron Sorkin boot camp.

But Daniels makes the most of his role, as do Saturday Night Live alum Kristen Wiig, as NASA’s public-affairs director; Chiwetel Ejiofor (12 Years a Slave) as its director of Mars missions; and Jessica Chastain (Interstellar) as the mission’s commander.

At least as important as The Martian’s artistic merit is the moment in which it arrives. The story is set in a future that is said to be only 12 to 15 years away. But the NASA of the movie is unrecognizable–a 21st century version of the sprawling, generously funded, inventing-on-the-fly institution it was in the glory days of Apollo. The trans-Martian mother ship owes a bit too much to Stanley Kubrick in its elaborateness. But the landing vehicle and the rover and the high-tech Martian barracks are all things that could exist now–if we had made Mars a real priority.

John F. Kennedy ignited the space race when he declared in 1962, “We choose to go to the moon in this decade.” Seven years later, we planted a flag there. The problem with Mars is that we didn’t choose. In what might have been a deliberate barb, Weir gave his Mars missions names like Ares I, Ares II and so on, like the Apollos of old. Just 10 years ago, Ares I and Ares V were the real names of boosters Congress authorized NASA to build for a return to the moon and a later trip to Mars. But Washington blinked, the plans were scrapped, and little has taken their place.

The lure of Mars endures, but for today’s NASA, it is too often merely name-dropped by policymakers, an eventual goal that remains just over the next 15- or 20-year horizon–which, like all horizons, recedes and recedes eternally. Today’s America squints at where it wants to go, gripes about the length of the walk and the cost of the shoes, then slumps off to see a good Mars movie instead. The Martian is undeniably a thrilling one; making the journey for real would be a far grander thing. 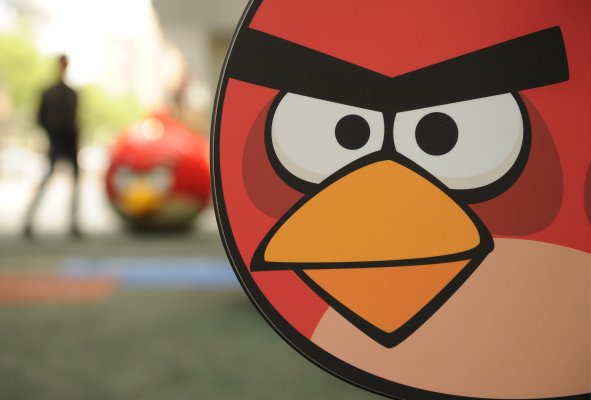 New Angry Birds Movie Trailer Finally Explains Why the Birds Are So Angry
Next Up: Editor's Pick