The Fires That Aren’t Worth Fighting

The Valley Fire in Northern California is one of many devastating wildfires to hit the U.S. this year.
Stuart Palley
By Josh Sanburn

America is burning. This year alone, from Alaska to California, some 9 million acres have gone up in flames, destroying hundreds of homes and claiming at least 10 lives. All told, this wildfire season is on track to be one of the worst in U.S. history, thanks in part to climate change and drought.

But scientists, policymakers and even the U.S. Forest Service–which leads the nation’s war on wildfires–increasingly acknowledge another, more controversial cause: the firefighting efforts themselves. Specifically, they say that long-standing demand for workers to snuff out all wildfires, even relatively small ones, has made America’s forests more flammable and fueled blazes like those ripping through Northern California.

To understand why, it helps to know a bit about how nature protects itself from incineration. As branches and brush accumulate on the forest floor, they’re periodically burned off in natural fires often sparked by lightning. Unlike megablazes, these surface flames clear debris but typically don’t consume trees, which limits the fires’ size and spread. By snuffing out smaller-scale fires, we’re helping turn forests into tinderboxes.

Zero tolerance originated in the 1900s, when Congress established the USFS to protect the nation’s timber and water supply. Back then, the agency’s leaders worked to eliminate fire altogether. They were driven largely by congressional mandates and outcries from the general public, much of which was terrified by the prospect of another Big Blowup, the 1910 wildfire that scorched 3 million acres in Idaho, Montana and Washington, killing 85 people. One witness called it a “veritable red demon from hell.”

Demands for USFS protection are even greater today, at a time when masses of people are moving to the wilderness. Some 44 million houses–the equivalent of 1 in 3 U.S. homes–now sit in what’s known as the “wildland-urban interface,” meaning they’re at risk when blazes erupt. The USFS is obligated to protect lives and property, prompting one multimillion-dollar intervention after another. It’s a situation “tantamount to what would happen if hospitals only had emergency rooms,” says Tom Harbour, the USFS fire-management director.

But there are sparks of change. In 2009, the USFS shifted its policy to allow more surface fires to burn in remote forests, where there are no homes and few structures. This strategy reflects the lessons it learned from Yellowstone National Park, which successfully recovered from a 1988 blaze that was allowed to burn unabated (despite public concerns). In 2012, New Mexico’s Gila National Forest served as another test site for allowing surface fires when it tempered a potentially massive blaze because there wasn’t as much to burn. Those are the results the USFS wants more of, says Harbour, even if they mean more smaller-scale fires.

Beyond “let it burn” efforts, lawmakers have also introduced a bill that would enable the USFS to tap Federal Emergency Management Agency (FEMA) funds to fight major wildfires. (Managing and suppressing wildfires consumes 52% of the USFS budget, up from 16% in 1995.) The goal is to free hundreds of millions of dollars for prevention efforts–such as clearing brush and thinning overgrown forests near people’s homes–to add even more safeguards against megablazes.

But Congress can do only so much. After all, our tinderbox climate is getting worse: fire seasons are now an average of 78 days longer than they were in 1970, and twice as many acres burn today as did three decades ago. And some critics question whether the USFS can really overhaul almost a century of misguided policy. Meanwhile, Americans continue to move to fire-prone areas–the number of wildland-urban-interface homes grew 30% from 1990 to 2010–without taking their own preventive measures, such as fireproofing their homes. Convincing them to see the bigger picture will take a broader cultural shift.

It’s happened before. In the 1940s, the Advertising Council, driven by the scientific wisdom of the time, first used a cartoon bear named Smokey to coax generations of Americans to do more against the possibility of a megablaze. But today, his motto could use an update: “Only you can prevent forest fires–if you’re willing to let some of them burn.” 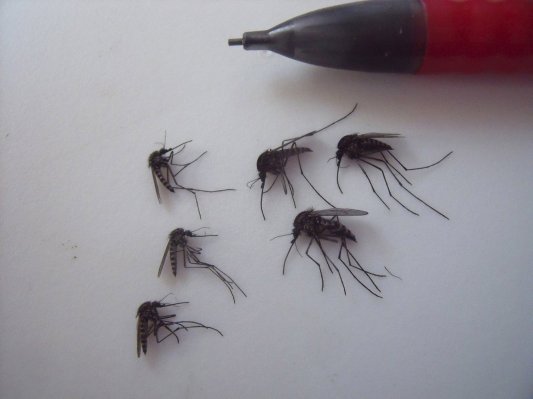