The Curves Ahead for Car Makers

So much for “truth in engineering.” Volkswagen’s tagline for its luxury models–this time gilded with mockery–began ricocheting around the web on Sept. 18 after the EPA accused the company of installing illegal software in its diesel engines to skirt environmental standards. The technology, designed to conceal emissions of nitrogen oxide–a potent contributor to smog as well as asthma, lung cancer and a variety of respiratory diseases–affects some 482,000 VW and Audi diesel cars sold in the U.S. since 2008.

VW, the German giant that became the world’s top automaker by sales earlier this year, ultimately admitted to systematically cheating on its exams as it halted sales of 2015 and 2016 VW Passat, Jetta, Golf, Beetle and Audi A3 models equipped with the system. (Turns out, the vehicles emit 10 to 40 times more pollution than advertised under normal driving conditions; see the sidebar on the next page.)

The circus that has followed fits a familiar pattern. First, the apologies: “At this point, I don’t have the answers to all the questions,” Volkswagen’s CEO, Martin Winterkorn, said in an online video. “But we’re in the process of ruthlessly investigating the issue.” Michael Horn, head of VW in America, appeared briefly at a launch event for the new Passat in Brooklyn on the evening of Sept. 21, where he said bluntly, “We have totally screwed up.” By Sept. 23, Winterkorn was out.

Next: the costs. Under EPA rules, VW faces civil penalties of $37,500 for each vehicle not in compliance with federal clean-air rules–or up to $18 billion in all. The U.S. Justice Department launched a criminal probe. And the fracas triggered a lawsuit filed by lawyers including Steve Berman, who is co-leading litigation against General Motors over faulty ignition switches. The suit accuses VW of fraudulent concealment and false advertising, among other misdeeds.

Regulators in South Korea, Germany, France and Italy are now demanding similar investigations. (Volkswagen says as many as 11 million cars are affected globally.) In China, where the company has reluctantly recalled more than 1 million vehicles in the past two years after initially resisting consumer complaints over faulty gearboxes and other issues, the scandal risks damaging the company even more. “This goes beyond the diesels,” says Jeremy Robinson-Leon, COO of Group Gordon, a corporate and crisis PR firm based in New York City. “If I’m thinking about buying a VW car, or if I already own one, I’d be thinking, What else is the company hiding?”

The scandal is a particularly cruel turn for Volkswagen’s U.S. customers, a relatively small but loyal bunch. VW, through consistently savvy advertising, has always sought to make its cars’ quirks a selling point–including diesel power itself. Though the technology is widespread throughout Europe, VW invested heavily over the past decade in marketing the concept to Americans as a green alternative to hybrids without the typical trade-offs in acceleration or handling. “I feel like I was duped, like I was lied to,” says Ashley Scarpa, a longtime VW customer who lives in Lakeland, Fla. The 35-year-old restaurant owner bought a 2014 Passat TDI. She says it’s unlikely her next car will be a VW.

More than customer service or corporate crisis management is at stake. VW’s diesel bomb is only the latest in a series of episodes that have snared GM, Toyota and other global automakers, eroding consumers’ trust in old-line manufacturers. That matters more than ever as the role technology plays in cars grows and the allure of horsepower and torque steadily gives way to gigabytes and wi-fi. (Though not yet certain, VW’s fix will most likely consist of a software patch that reduces emissions–as well as driving performance.)

Transportation in general, and cars specifically, are a growing target for disruption by Silicon Valley companies that feel they are reaching the limits of what can be achieved in Internet software and handheld gadgets. Tesla, the electric-car company founded by Elon Musk, has eschewed traditional tactics, revamping how its cars are marketed and sold. Google and Uber are both working on self-driving vehicles. And just as VW ground to a halt, reports emerged that Apple is moving ahead with a bid to bring a car of its own to market by 2019.

If there’s any car company with the marketing chops to find a clever way to say “We’re sorry,” it is Volkswagen. Finding a strategy to fend off competitors with no legacy whatsoever would be another matter altogether.

–With reporting by BEN GEIER and VICTOR LUCKERSON in New York 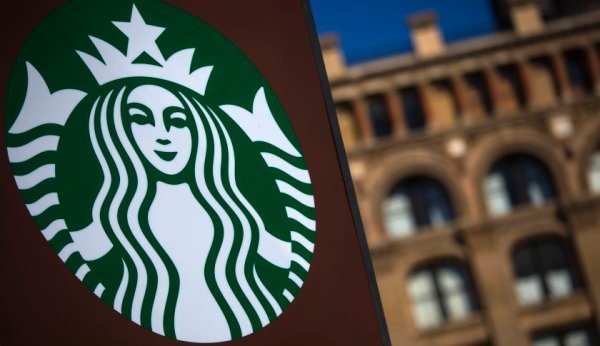 Starbucks Promises to Look Into Scheduling Procedures
Next Up: Editor's Pick