This undated photo shows Matthias Fuchs in the cockpit of an Airbus A380 at Hong Kong International Airport.
Matthias Fuchs
By Lisa Spear

A Sydney businessman is going on a 12-day flying marathon to raise money for cystic fibrosis — the life-threatening disease of the respiratory and digestive systems that affects his 13-year-old daughter.

In early November, Matthias Fuchs will commence his 200-hour journey in the sky, stopping on four continents with six passages over the Pacific Ocean and four over the Indian Ocean.

He will only leave the airplanes’ cabins for short stopovers within terminal buildings. All 16 economy tickets are sponsored by the Australian airline Qantas, reports news.com.au.

“The funds raised from the 2015 challenge will be used to continue the research fellowship to enable critical research into treatment efficiency,” Fuchs wrote on his fundraising page.

Matthias will only take carry-on luggage and will inject himself daily with Clexane, a medication that helps fend off deep vein thrombosis. He was inspired to take up the challenge by witnessing the bravery of his daughter, Kirsten, who suffers from cystic fibrosis.

“This is a cause very close to my heart,” he explained.

Matthias has already raised nearly $130,000 for the Children’s Hospital at Westmead, Sydney, to purchase a lung function test machine and to sponsor a research fellow, but his goal is to raise $70,000 more for a part-time researcher at the hospital’s Cystic Fibrosis Unit. 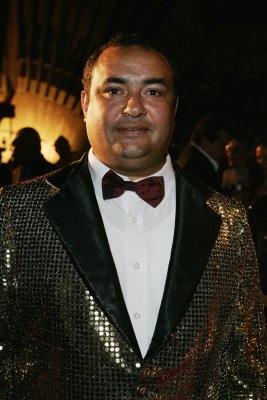