At the end of summer, something unusual happened: The box office was ruled, for five weeks, by movies about the lives of black people. For three weekends, the NWA biopic Straight Outta Compton reigned at number-one, followed over the Labor Day weekend by the Christian-themed movie War Room and then by the thriller The Perfect Guy, a thriller made on a modest budget starring Sanaa Lathan, Morris Chestnut and Michael Ealy.

But in an era in which any successful movie starring black people, from Selma to The Best Man Holiday, is categorized as a “race-themed” film, the director and producer of The Perfect Guy have reacted against the characterization of their movie as specifically for black audiences. After all, its plot, about a woman stalked by her suitor and forced into desperate measures, shares certain elements with Fatal Attraction, a movie starring white actors that wasn’t, per se, about the white experience. “People have been thinking about these films and calling them ‘urban’ for a long time,” director David M. Rosenthal tells TIME. “It’s a psychological erotic thriller, and it works on that level. Race isn’t an issue.”

The film’s three leads are black, though, and the movie gets covered in a different manner for that fact, something that Rosenthal acknowledges. “The fact that we’ve had this run all at once is bringing it to people’s attention, in a way—maybe to deactivate race for the audience.” Rosenthal is a white director, and claims that the casting of three black actors in a race-neutral script didn’t change his process: “I honestly didn’t think about it,” he says. “I thought I would have to have extra sensitivity to things as I started in the process. It became clear to me that my interaction with the actors isn’t changed at all, and the storytelling we’re doing is absolutely the same for me.”

And that may be why, asked what he made of coverage depicting The Perfect Guy as part of a unique boom around films about the black experience, Oliver says his feelings are “neutral-leaning-negative. It is a bit bothersome. But people need to reduce things to soundbites, and they need to encapsulate it in an easily digestible manner. Three black leads? Of course it’s a black movie! Why not!”

“It’s also partly our fault in terms of the way films are marketed,” Oliver continues. “It’s a complicated situation. Do I wish it could just be a movie with black leads? Absolutely!” 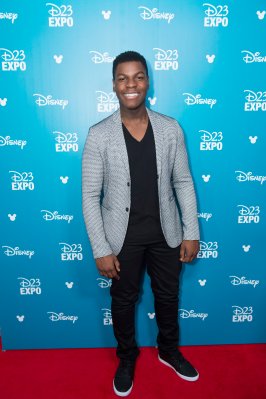