Pope Francis arrives at Catholic University for a Canonization Mass in Washington on Sept. 23, 2015.
Doug Mills—Reuters
Ideas
By Joe Biden
Joe Biden was the 47th Vice President of the United States and currently leads the University of Delaware Biden Institute for Domestic Policy.

The first time I met Pope Francis was in 2013 when I attended his inauguration in Vatican City. After the ceremony, the other government representatives and I stood in line in the Basilica to greet the Holy Father at the foot of the altar. When it was my turn to greet Pope Francis, he reached out his hand and embraced mine. Then he said warmly, “Mr. Vice President, you’re always welcome here.”

That’s the message Pope Francis is sending to the world. He’s put a welcome sign on the front door of the Church.

Pope Francis is taking us back to the basics. He emphasizes what I have always believed to be the central mission of our faith—Catholic Social Doctrine—that cuts across all confessional faiths: What you do to the least among us, you do unto me; we have an obligation to one another; we cannot serve ourselves at the expense of others; we have a responsibility to future generations.

That’s the mission I learned growing up in the Church. It was how my mother raised our family. It is a mission that says we will be measured by what we do, not just what we say.

Pope Francis is challenging us. He has raised some of the most difficult issues facing the world today—income inequality, poverty, mass migration, immigration, human trafficking, climate change. These are issues we can, and must, address.

He’s also offering hope. A message of optimism. That there is no reason we can’t make this a better world. That’s why people of all backgrounds and faiths feel connected to this Pope.

After meeting Pope Francis at his inauguration, I walked outside the door of the Basilica and met a group of nuns. The excitement on their faces was radiant. They were overjoyed. When President Obama and I greeted Pope Francis at the White House this week, millions of Americans of every background had the same feeling.

We welcomed him as he’s welcomed all of us.

Joe Biden is the Vice President of the United States. 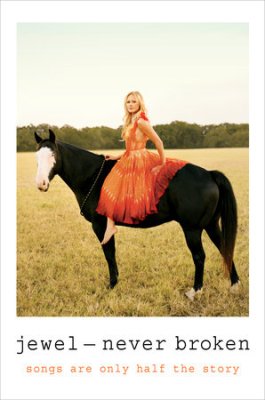 Jewel's Never Broken Is the Perfect Celebrity Memoir
Next Up: Editor's Pick