PETA: Why the Monkey Should Own His Selfie

When Peter Singer’s seminal book Animal Liberation was published 40 years ago, it was considered groundbreaking, if not radical. Today, however, the question is not whether animals should be afforded basic rights but rather: Why shouldn’t they?

As Singer wrote, the basic principle of equality does not require equal or identical treatment—no one is demanding that chimpanzees be allowed to vote or dogs to drive; instead, it requires equal consideration. That’s an important distinction. It has always been our prejudices that have allowed us to deny others the right to the same basic respect for their interests that we demand for our own.

Author Henry Beston saw the bigger picture in his 1928 book The Outermost House:

As ethicist Dr. Marc Bekoff puts it, “We … need to stop pretending that we don’t know what other animals want and need. Of course we do — they want to live in peace and safety just like we do.” That principle must find its way into our legal system.

In 2011, PETA broke legal ground by filing the Tilikum v. SeaWorld lawsuit, the first case seeking constitutional rights for animals, alleging that SeaWorld’s imprisonment of orcas violated the 13th Amendment, which abolished slavery. Although that suit, like the first cases seeking constitutional protections for African-Americans and women, did not succeed, it opened the door to the kinds of lawsuits that will one day grant animals the rights that they deserve.

PETA’s recent “monkey selfie” lawsuit is such a case. A few years ago, a nature photographer in Indonesia left his camera unattended. A curious male crested black macaque couldn’t resist and began taking photographs—one of which resulted in the now-famous “monkey selfie.” Why shouldn’t the macaque, named Naruto, “own” the pictures he took?

Acting as Naruto’s representative (what the law calls “next friend”), PETA filed a lawsuit in U.S. federal court in San Francisco seeking to have Naruto declared the “author” and owner of his photograph. If this lawsuit succeeds, it will be the first time that a nonhuman animal is declared to be the owner of property, rather than just property.

We are at a point in human history when we have a moral imperative to recognize that animals have an inherent worth—a value completely separate from their usefulness to humans. This means that, as a civilized society, we must open our hearts to others who are not exactly like us in looks, language or culture, and challenge our most ingrained prejudices. Our resistance to change is both learned and instinctual, but it is not intellectual or ethical. Ridding ourselves of our biases will take thought, effort, empathy—and, sometimes, a legal precedent.

Kerr is general counsel for the PETA Foundation. 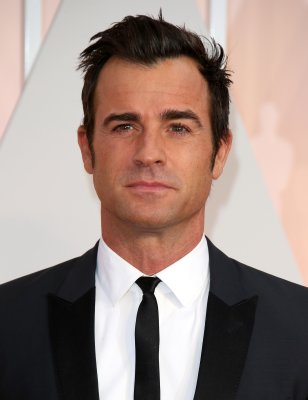 Justin Theroux on The Leftovers' 'Spiritual' Season 2 and Zoolander 2's 'Unbelievable Cameos'
Next Up: Editor's Pick