Every five years, the U.S. government releases its dietary guidelines for Americans to help men, women and children make the healthiest choices and to provide guidance for national policies and programs regarding nutrition. However, a new report published in the journal The BMJ criticizes the evidence provided for the upcoming 2015 U.S. Dietary Guidelines, arguing that the advice the guidelines use as a foundation is not based in the latest science.

The guidelines are currently under review by the U.S. government’s health and agricultural agencies. But in the report, journalist Nina Teicholz, author of The Big Fat Surprise, writes that the dietary guidelines advisory committee that provided the report meant to inform the new guidelines was reluctant to “consider any evidence that contradicts the last 35 years of nutritional advice.”

Teicholz says that committees in the past used the Nutrition Evidence Library (NEL) developed by the U.S. Department of Agriculture (USDA) to standardize the process of collecting and considering studies as the basis for the guidelines. However, the committee for the 2015 guidelines did not use NEL reviews for 70% of the nutrition topics it covered, Teicholz found. Instead, the committee relied largely on reviews done by outside professional organizations, like the American Heart Association and American College of Cardiology.

“Use of external reviews by professional associations is problematic because these groups conduct literature reviews according to different standards and are supported by food and drug companies,” the report reads.

MORE: Why Cholesterol Is No Longer A ‘Nutrient Of Concern’

Teicholz argues that there’s no longer a strong consensus around saturated fat as a diet destroyer. The report cites well-executed studies suggesting that lower intake of saturated fat doesn’t necessarily affect heart disease risk. Yet these studies were not included in the research, and the guidelines committee concluded that evidence linking saturated fat to cardiovascular disease was strong. Teicholz also questioned how sufficiently the committee reviewed the efficacy of low-carbohydrate diets. The committee concluded it could only find limited evidence on low-carbohydrate diets and health. “Many studies of carbohydrate restriction have been published in peer review journals since 2000, nearly all of them were in U.S. populations,” Teicholz writes.

The report adds that the committee put saturated fats and sugar together as a category called “empty calories.” Teicholz says nutrition science doesn’t support that classification, since saturated fats are consumed largely in foods like eggs, meat and dairy which contain lots of vitamins and nutrients necessary for health.

“Saturated fat is not empty calories. Sugar is not empty calories,” says Dr. Robert Lustig, a professor of pediatrics at the University of California, San Francisco, and co-founder and president of the Institute for Responsible Nutrition. “Sugar is not dangerous because it’s calories; sugar is dangerous because it is toxic calories.” (Lustig was not involved in the new publication.)

Lastly, the new report underlines the fact that members of the committee have conflicts of interest that are not required to be disclosed. One member received research funding from the Tree Nut Council, while another received more than $10,000 from Lluminari, which produces content for companies like General Mills and Pepsi Co.

MORE: This Is The Worst Kind Of Fat For Your Heart

One member of the committee, Barbara Millen, a professor at Boston University School of Medicine and founder and president of the start-up Millennium Prevention, told The BMJ that “the evidence base has never been stronger to guide solutions” and that she stands by their conclusions. About saturated fats, Millen says,”We thought we nailed it.”

Currently, the U.S. government is reviewing the committee’s guideline recommendations, and the 2015 guidelines are expected to come out this fall. Congress will be meeting to discuss various concerns, including the evidence used. Teicholz argues in her paper that the guidelines not only affect the diets of millions of Americans, but they will also influence food labeling, research priorities and dietary advice made by other Western countries.

So what does Teicholz recommend based on the latest evidence? “I believe that the literature shows that the low-fat, high-carbohydrate diet has not produced better health for Americans since it was first introduced as official government policy in 1980,” she tells TIME in an email. “For healthy people, a reasonable recommendation would be simply to reverse out of the high-carb diet to the balance that Americans ate in 1965 before the obesity and diabetes epidemics: roughly 40% carbs, 40% fat. For people who are struggling with obesity and diabetes, which is now an astonishing proportion of our population, I believe that carbohydrate restricted diets—less than 40% carbs—should be presented as a safe and viable option.” 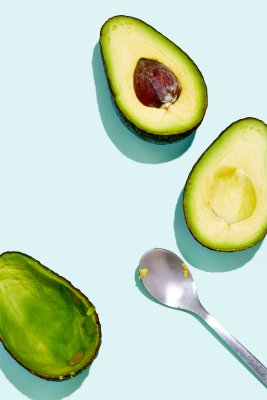 Americans Are All In For Full-Fat Foods
Next Up: Editor's Pick