Amy Poehler and Nick Kroll at the premiere of RADiUS' "Adult Beginners" in Hollywood on April 15, 2015.
Justin Baker—Getty Images
By Lindsay Kimble / People

Amy Poehler and boyfriend Nick Kroll have called it quits, a source confirms to PEOPLE.

The pair began dating in 2013 and were first spotted in public together in March of that year.

Kroll, 37, often guest-starred on Poehler’s Parks and Recreation in the role of “The Douche.”

Before linking up with The Kroll Show star, Poehler was married to funnyman Will Arnett.

“I find my relationships at 40-plus are really emulsified, juicy relationships because you have more of a sense of who you are and who you want to be around,” Poehler told PEOPLE of dating in her 40s last year. “Talented men are not threatened by talented women. They welcome them. And same way with real men.” 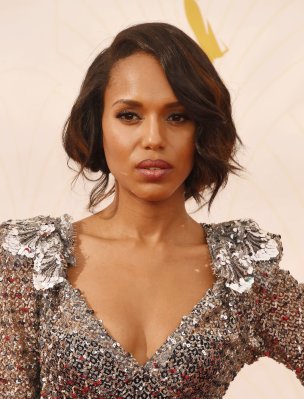 Why Kerry Washington Was Embarrassed by Her Parents' Love for Game of Thrones
Next Up: Editor's Pick