Back in 2004, Dan Rather, CBS producer Mary Mapes and the 60 Minutes team found themselves in the middle of a controversy, which would later be known as Rathergate. The crew had cast doubt on President George W. Bush’s national guard service during the Vietnam War right in the midst of the election – but soon, they found themselves on the defensive.

The upcoming film, Truth, which premiered at the Toronto Film Festival earlier this month, gives a behind-the-scenes look at the story of Rather, Mapes, and their team, which suffered from blowback when essential pieces of their evidence were called into question. Inspired by Mapes’ 2005 memoir, Truth and Duty: The Press, the President, and the Privilege of Power, the latest trailer, courtesy of Yahoo!, shows how the “Holy Grail of documents” led to big-time consequences as the “hunt” for the truth was quickly underway. 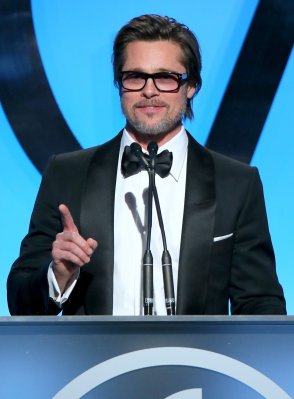 See Brad Pitt and Christian Bale in the Trailer for Financial Crisis Flick The Big Short
Next Up: Editor's Pick