Watch Donald Trump and Stephen Colbert Play 'Who Said It?'

If you thought there would never come a time when things said by a presidential candidate would be interchangeable with statements made by Stephen Colbert’s exaggerated right-wing hawk persona from The Colbert Show, you didn’t anticipate Donald Trump running for office.

Colbert demonstrated this by challenging Trump to a game of “Who Said It: Trump or Colbert?” on Tuesday’s episode of The Late Show with Stephen Colbert.

“For years, I played an over the top, conservative character – not as long as you did, but for many years,” the host jabs.

To his credit, Trump seems pretty conscious of his past statements, guessing the speaker of most of the quotes correctly. However, he does get turned around on a comment about the environment.

“It’s freezing and snowing in New York. We need global warming!,” is a remark originally made by Trump.

However, he recovers quickly, managing to sidestep Colbert’s ace in the hole: a statement made by Charles Manson. 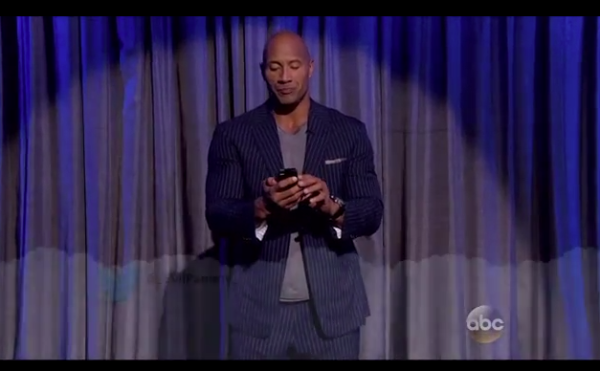 The Rock Knows Exactly How He Feels About This Mean Tweet
Next Up: Editor's Pick