Yogi Berra Was an American All-timer

Over the last 15 years since Yogi Berra made peace with former New York Yankees owner George Steinbrenner—who once fired the Yankees legend as manager 16 games into a season, causing Berra to swear off pinstripes—the Yanks had a habit: trot out Yogi to throw out a first pitch, or wave to the crowd. Such appearances by Berra, who died on Tuesday at 90, accomplished two things. One, they reminded fans of the team’s dominance: During Berra’s Yankee playing days, from 1946-63, the club reached the World Series 14 times, and won 10 titles. No player has won more championship rings. And two, they showed that baseball’s most historic, free-spending and at times self-important franchise could also be its most endearing.

Thanks, really, to Yogi.

At 5’7″ during his playing days, and surely less during his golden years, Berra was baseball’s living, breathing melon-headed mascot, its most lovable uncle. His famous pearls of street wisdom—malapropisms like “it ain’t over till its over” and “it’s deja vu all over again” and “baseball is 90 percent mental. The other half is physical”—became part of the lexicon. For that, Berra’s cultural reach will always extend far beyond the ballpark. He’s a national treasure, more than worthy of the museum in northern New Jersey that bears his name.

“Yogi’s been an inspiration to me, not only because of his baseball skills, but of course for the enduring mark he left on the English language,” former President George H.W. Bush once said. “Some in the press corps think he might even be my speechwriter. ”

It’s tempting emphasize his goofy side. (OK, another Yogi-ism: “I usually take a two hour nap from one to four.”) But on the occasion of his passing, let’s not forget how good he was. He was a free-swinging catcher who still managed to make contact: In 1950, Berra struck out just once for every 49.8 at-bats, the top rate in the league. He made 8,359 plate appearances in his career, and struck out just 414 times, a scarily impressive mark for a power hitter who slugged 348 home runs. Berra won three American League MVP award, in 1951, 1954, and 1955.

On defense, he regularly rated among the top catcher in throwing out base-stealers. Through the lens of today’s advanced metrics, his skills behind the plate were unmatched. A less quantitative snapshot of his abilities: Berra leaping into the arms of Don Larsen, after the Yankees pitcher hurled a perfect game in the 1956 World Series.

Berra, who grew up in St. Louis as the son of Italian immigrants—his father was a construction worker and bricklayer—also managed the New York Yankees to the 1964 World Series, and the crosstown Mets to within one game of a surprise title in 1973. He never won a World Series title as a manager; the 10 as a player and three more as a coach will have to do. But his performance with the “Ya Gotta Believe” Mets in ’73, who barely won their division with an 82-79 record, was another Yogi-ism that gets lost in all the Yogi-isms.

But that’s fine. The fun stuff should leave the mark. Berra’s wife of 65 years, Carmen—who died last year—said that her husband once signed an anniversary card “Yogi Berra,” so that she didn’t confuse him with all the other Yogis she knew. His manager, Casey Stengel, once called him a “very strange fellow of very remarkable abilities.” Whether or not Berra actually uttered his some of the famous phrases attributed to him has long been up for debate. “I really didn’t say everything I said,” Berra once said.

It doesn’t matter. They’re his. And he was ours. America just lost an all-timer. 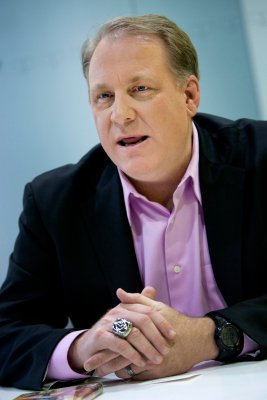 Curt Schilling Removed From Broadcast Over Nazi Meme
Next Up: Editor's Pick