Back so soon, Dancing With the Stars? After last night’s not-that-dramatic elimination, the show is back with all-new dances and all-new backstories. Tonight it’s the dancers’ turn to recount stories of their hometowns. Hopefully next week the judges — Carrie Ann Inaba, Julianne Hough and Bruno Tonioli — and the hosts — Tom Bergeron and Erin Andrews — get to tell their hometown tales and recreate Our Town in dance format.

Hayes Grier and Emma Slater: After a delightful package, where Emma explained that she is British and said something inscrutable about the weather in Majorca, the dynamically youthful duo staged a lively quickstep to Jet’s “Are You Gonna Be My Girl,” a song that came out when Hayes was still in diapers (but probably already Vine-ing). It was a good dance, and the judges were suitably impressed, although Julianne … never mind, too distracted by her outfit to listen to her words. (Picture below!) 23/30

Carlos PenaVega and Witney Carson: Witney reveals that she and Lindsay Arnold and troupe member Jenna were all making teeny tiny jazz hands together in a tiny town in Utah and now look at them all on Dancing With the Stars. Instead of cue-ing up “Started From the Bottom,” which was really the only appropriate song, Witney opted for “Hound Dog.” Then she dressed up like a saloon girl for a cha-cha with Carlos who is wearing a leather vest, which he should probably take home to his wife. Bruno thought he looked “squatty,” which surprisingly is not a compliment. Carrie Ann was “not impressed.” At that, Alexa PenaVega looks like she’s going to fight Carrie Ann — which would certainly liven up the show. 21/30.

Gary Busey and Anna Trebunskaya: As you may have noticed, Anna is Russian, so she chose to dance a paso doble to Tchaikovsky’s 1812 Overture. It was a very emotional dance, but Gary continued his trend of dancing like a lead-footed Frankenstein (in a charming way!), and the judges scored as such. 15/30 After the scores came out, Gary just shrugged and said, “If that’s as far as they can count, God bless ’em.” Erin had no idea what to say about that and just stared blankly at the camera before cracking up and saying, “What am I supposed to do?” No one knows what to do when confronted with a Busey-ism, Erin.

Andy Grammer and Allison Holker: Allison is living a personal dream and doing an interpretive contemporary dance to a way-slowed-down version of Belinda Carlisle’s “Heaven Is a Place on Earth.” Some of us may have been living that dream in our living rooms throughout junior high, Allison! It’s her way of paying homage to her life with her husband and baby, and she is taking Andy along for the ride. Andy took the judges’ criticism to heart last night and carefully stayed on beat, which translated into Julianne thinking he was “very present” and got Carrie Ann got all verklempt, which translated to decent scores. 23/30

Alexa PenaVega and Mark Ballas: Mark, a grown man, still gets sad every time he thinks of his parents’ divorce. To work through some of his emotions about it, he tasks Alexa with helping to recreate his parents’ most famous rumba. The audience loved the routine, but the judges weren’t completely convinced. Carrie Ann loved the story, but thought there were only moments of brilliance marked by some “hip action” that needed work. Julianne said Mark used to make her dance that routine too, which is actually kind of sad if you think about it. 22/30

Paula Deen and Louis van Amstel: In today’s installment of fun facts: Louis moved from Amsterdam to New York City and immediately took up teaching Karina Smirnoff, Tony Dovolani and the Chmerkovskiy Brothers how to dance—and now they are here! Once again missing the opportunity to dance to Drake’s “Started From the Bottom,” he and Paula did a tango and then everyone talked for so long that Tom Bergeron had to interrupt them to say, “Can we get some scores while we’re still on the air, please?” 18/30

Bindi Irwin and Derek Hough: Julianne said their waltz was so elegant it was like “two dancers, dancing as one,” and then for some reason the camera cut to Beau Bridges clapping ecstatically, seemingly implying that when they co-starred in Free Willy: Escape From Pirate’s Cove, Bindi and Beau acted as one. Carrie Ann couldn’t help herself from putting on her Lift Cop uniform and calling them out for doing an illicit lift during a waltz. Immediate point deduction! To make up for it, Erin calls her a “real-life Disney princess.” 23/30

Kim Zolciak Biermann and Tony Dovolani: Tony used a foxtrot with a Real Housewife to look back at his childhood in Kosovo. Read into that what you will. Kim doesn’t want to let her partner down, but at this point in his Dancing With the Stars career, Tony is probably pretty accustomed to disappointment. They do a solid enough routine, and it seems clear that Kim has thawed and recovered from her first week nerves. It was a reasonable effort, but the judges are still lukewarm about it. 18/30

Alek Skarlatos and Lindsay Arnold: Lindsay is a nice girl from Provo, Utah, and is therefore required to dance to “American Girl” whenever it’s reasonably possible, like in a quickstep with an American hero on national television. For his part, Alek claims that rehearsing two dances has been the most stress he’s had since stepping on that train in Amsterdam. Jeez, dial down the pressure, DWTS! The dance is solid if somewhat uninspiring and Carrie Ann is seemingly frustrated that they aren’t better yet. They probably feel exactly the same way, Carrie Ann. 22/30

Karina Smirnoff and Victor Espinoza: Julianne thought it was the best dance they’d done so far. Whoever said size matters has never met you!” declared Carrie Ann, who applauded Victor for “dominating” Karina despite the height difference. Victor said he wanted to take control of her just like he took control of American Pharoah. Surprisingly, both Karina and Erin let that one slide. 20/30

Nick Carter and Sharna Burgess: You’ll be surprised to learn that Sharna was not born with burgundy-colored hair, a fact that was revealed in clips of her dancing as a tiny tot in Wagga Wagga, Australia. Her parents still live there, but are too sick to travel, which is quite sad. She dedicated her foxtrot to “Coming Home” to them and Nick Carter did his best to help her do her parents proud. 24/30

Tamar Braxton and Val Chmerkovskiy: Val has decided to do whatever it takes to keep Tamar in the competition and does his hometown proud by taking off his shirt. Tamar won a few points by arguing with Val about the ridiculous premise of his dance and the result ended up being better than Val could have ever planned. The jive was fast-paced fun, and the judges loved it enough for Bruno to dole out the first 9 of the season, pushing them into the lead. 25/30

Who’s in Jeopardy:Victor and Karina and Gary and Anna. (Gary is unimpressed.)

Who Goes Home: Victor may be a Triple Crown winner, but he will never have a Mirror Ball (unless he buys one on the black market or makes one after a trip to Michael’s Craft Emporium). It’s sad to see him go, especially after his memorable Mexican hat dance.

Bonus: Please explain Julianne Hough’s look. Is she an intergalactic judge? Did she have a Mirrorball mishap?

DANCING WITH THE STARS - “Episode 2102A” - The couples geared up for one of the toughest weeks of the competition this season with two live shows and a double elimination. The couples danced another dance to a song that the pro dancer chose that reminded them of where they grew up, on “Dancing with the Stars,” TUESDAY, SEPTEMBER 22 (9:00-11:00 p.m., ET), on ABC Television Network. (ABC/Adam Taylor) JULIANNE HOUGH
Adam Taylor—ABC
Subscribe to TIME 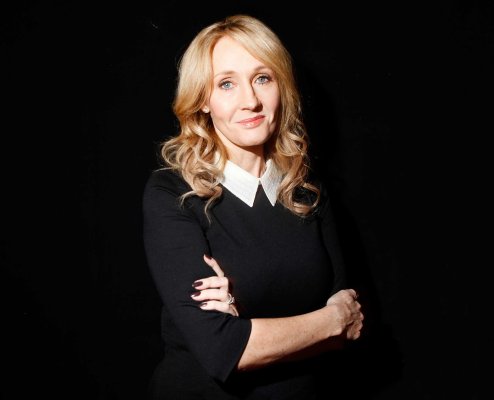 Here's Why Some Harry Potter Fans Are Unhappy With the New Pottermore
Next Up: Editor's Pick