The Parents Television Council celebrated the start of the fall TV season by picking their best (a.k.a. most family-friendly) and worst (a.k.a. most inappropriate for children) new TV shows. The best, according to the PTC, are: CBS’ Supergirl, Fox’s The Grinder, and The CW’s Crazy Ex-Girlfriend. Getting grounded this year: Fox’s Scream Queens, CBS’ Life in Pieces, and CBS’ Angel From Hell.

In a post explaining their choices, the PTC wrote that Supergirl topped their picks for its “delightfully cheerful and upbeat” tone, along with fantasy violence that won’t frighten children as much as other superhero shows. Plus, it’s forward-thinking. “For far too long the entertainment industry has — openly or covertly — objectified women, telling young girls that all that matters is ‘sexiness’ and appearance,” the post states. “Now at last, there is a terrific role model for young girls.” Similarly, The Grinder is family-friendly for teaching PTC-approved values, by showing two brothers “learning to support and care about one another.”

Perhaps most surprisingly, the PTC chose Crazy Ex-Girlfriend as one of the most family-friendly new series, despite the cheeky musical comedy’s envelope-pushing material (Rachel Bloom’s protagonist flies across the country in pursuit of a former flame and may be “crazy” after all). The Council noted their slight apprehension, writing: “Judging from the first episode, the program does have the potential to be a positive family show; but whether the program will follow that path, or go down a more explicit one, has yet to be seen.”

As for the shows getting a talking-to from the PTC, Scream Queens is, the blog writes, “more appropriate for a premium cable program,” warning that the graphic violence will be too much for children and teens. Meanwhile, Life in Pieces is “totally inappropriate for families” because “the series contains four short, sex-obsessed vignettes every week — each of them horrifically wrong for primetime.” And Angel From Hell, the PTC bluntly writes, is “crude, obnoxious, and insulting ‘comedy.’” 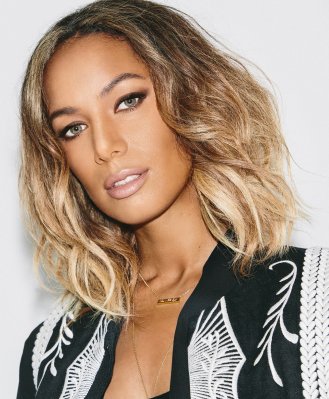 Leona Lewis On Staying Positive and Why Everyone's Copying British Dance Music
Next Up: Editor's Pick