In its first season, the hip-hop family saga Empire was a sensation of the sort rarely seen on broadcast TV these days: Its ratings rose week after week, breaking the laws of TV gravity. It became the sort of hit that redefines the fortunes of its network—so much so that it’s little wonder that Fox commissioned a second season that’s significantly longer. Season one was a tight 12 episodes; season two will unfold over 18 weeks.

This is hardly out of the norm: Traditionally, most broadcast series run over twenty episodes a season. But Empire‘s particular qualities—baroque plotting, and a free hand with soapy twists—are the sort that haven’t always worn well over the course of time. Consider ABC’s twin vexed successes: Lost and Desperate Housewives debuted during the same season 11 years ago, and both met huge immediate smashing success, only to see viewer attrition and, more meaningfully, major frustration after Lost‘s mysteries failed to bear fruit over time. Meanwhile, Desperate Housewives‘s constant introduction of new elements proved that though the central cast’s chemistry endured, the alchemy that addicted viewers in the early going left and couldn’t be recaptured.

Those shows that tend to retain their viewership in the long term are ones not driven by any more dramatic impulses. NCIS on CBS gets a massive audience weekly, but if any character in NCIS was ever dumped in a garbage can by his father in flashback, it didn’t rise to the level of the public consciousness. But Empire‘s relies in some large part on shock, so what happens when it can’t shock any longer? The premiere, at least, indicates that Fox’s investment in the series is well-placed.

In the first episode of season two, airing Wednesday, the fundamentals are in place and the new elements are savvily chosen. Cookie is dressed in outlandish couture and plots feverishly, during a rally on Lucious’s behalf, to protect what’s hers. Her three sons are at odds in a way that ultimately feels low-stakes: Empire‘s masterstroke is that it poses a question (which brother will win out?) that it refuses to definitively answer. And Lucious, behind bars, refuses to allow the fact that he’s the star of the show allow him to distract from what’s happening around him. Indeed, he’s wildly upstaged by fellow inmate Chris Rock, whose menace feels like something fresh for the series. Somehow, Empire has managed to even use celebrity stunt-casting well.

The season premiere provides proof that Empire may thrive where series before it have fallen short in the sophomore season: It’s far less about any one thing that happens than about a mood in which anything could happen. Shows that tend to lose their audiences and their cheerleaders in the press as they go on have, somehow, betrayed their fundamental premises: This applies to the mega-hit examples, like Lost, or the smaller-scale examples of cable hits that lose their way and their fans with weird missteps, like onetime critical darlings Homeland or Big Love.

Empire‘s fundamental premise is, beyond the notions of family and music, that anything could happen moment-to-moment. And so everything the show does—introduce Marisa Tomei as a potential business backer whose last name is “Whiteman,” have Cookie and Tomei’s meeting broadcast on TV as part of a press event that Lucious watches, somehow, in prison—feels like part of a grander scheme whereby the only scheme is to have fun. What actually happens happens in the show’s premiere is less meaningful than the way it continues swerving around only to end up roughly where it started. It’s less like Desperate Housewives, burning through valuable plot with nothing to replace it, than it is like The Simpsons, a show whose very nature is to regenerate.

Other, similar shows have lost their way by failing to deliver on a promise implicit in the show’s premise. Empire‘s season premiere is chaotic and putters around all of the show’s central questions about what will happen next. But none of those questions are as central to the show’s DNA as whether or not the viewer is having fun. On that score, Empire has a long future ahead of it. 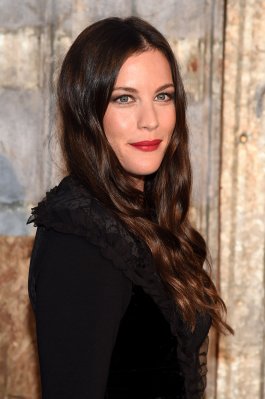 Liv Tyler Slams Ageism and Sexism in Hollywood
Next Up: Editor's Pick