This Kind of Vegetable Can Help You Lose Weight

Rule number one: everyone should eat fruit and vegetables, period. Most Americans do not eat enough of them in the first place. But when it comes to weight loss specifically, researchers found that eating more fruit and non-starchy vegetables (like broccoli) gave adults an edge when it comes to keeping off the pounds.

Vegetables and fruit have different levels of fiber and glycemic load—a measure of how the carbohydrates in different foods affect any one person’s blood sugar. Foods that are high in fiber are known to make people feel fuller, and foods with a low glycemic load produce fewer blood sugar spikes and possibly fewer hunger pangs later on. But researchers remained uncertain whether such foods differ in their effect on weight compared to other types of fruits and vegetables, like starchy corn, potatoes and peas.

In a new study, published in the journal PLOS Medicine, investigators studied diet habits and weight changes in 133,468 men and women for up to 24 years. The researchers found that eating more fruit and several vegetables was linked to weight loss over a given four year period. In addition, eating high-fiber, low-glycemic load foods—like Brussels sprouts and broccoli—was associated with greater loss of weight compared to foods with a higher glycemic index that were lower in fiber, like carrots. The researchers noted weight gain among people who increased their consumption of starchy vegetables like potatoes. Eating more fruit was associated with more weight loss than eating more vegetables.

“The benefits of increased consumption were greater for fruits than for vegetables and strongest for berries, apples/pears, tofu/soy, cauliflower, and cruciferous and green leafy vegetables,” the study authors wrote.

Self-reported studies have limitations since people may not always give accurate answers. The study authors also noted that the population of people in their sample group was not especially varied—largely white and educated.

Still, the authors argue that the study can help provide food-specific guidance for obesity prevention, and insight into why some strategies work. For example, they speculate that the positive effect of fruit and vegetable consumption on weight could, as suspected, be at least partly due to the people feeling fuller, and thus eating fewer calories.

For all American adults, nutritionists recommend eating 1.5 to 2 cups of fruit and 2.5 to 3 cups of vegetables (depending on age) per day. 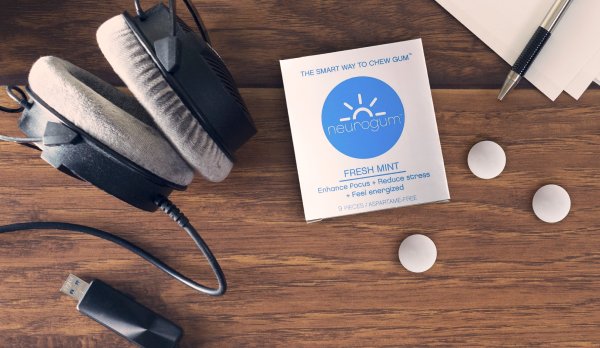 'NeuroGum' is Now a Thing
Next Up: Editor's Pick