Some Harry Potter fans have a lot of feelings about the newly redesigned Pottermore—and let’s just say they’re not the kinds of feelings that would produce a Patronus charm.

The site initially functioned as an interactive Harry Potter reading experience. Fans were invited to play games within the wizarding world by collecting house points, dueling, taking potion classes and discovering new stories by J.K. Rowling. The updated fansite—which still features original writing from Rowling in addition to new articles by an unnamed ‘Pottermore correspondent’ like “11 times Snape was the hardest teacher to please” and “The 5 Death Eaters you’ll never forget“—has some fans feeling a bit frustrated.

The new site isn’t just like a facelift, it’s an entirely new face–permanent Polyjuice Potion perhaps–but it comes with explanation. The site appears to be more news-driven, with articles, character profiles, listicles and stories made for sharing online. But it seems it will evolve, with new features set to roll out in the future.

Still, change isn’t easy, especially on the internet, where fans are dumping their frustrations on Twitter and in comments on Facebook. Many took to Twitter to bemoan the redesigned site and gripe about what’s missing. So Pottermore’s social media team used its defense against the dark arts skills to mollify unhappy fans.

What on earth happened to @pottermore? @jk_rowling, I absolutely adore you, but why would have us lose access to tons of additional info? :(

Not a fan of the new Pottermore site. It's just not as...magical.

@JordanG813 Hi Jordan, duelling is not part of the new Pottermore, but look out for other new features coming to the site on a regular basis

@Raijacqueline We’re still developing new features and sign-in is one of them; keep your eyes peeled for more over the next few months.

But many seemed simply pleased to have more Potter, with one Facebook fan invoking the series’ mantra of looking for the light, even in the darkest of times: “Though Pottermore has changed, don’t let that force you to leave behind the magic.” 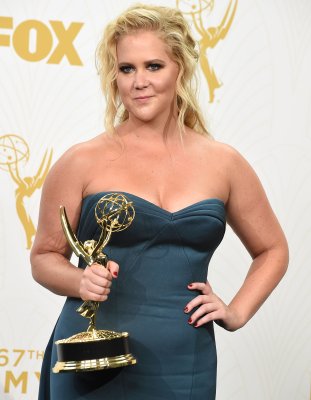 Amy Schumer Is Writing a Book — And It's Probably Going to Be Big
Next Up: Editor's Pick