This Is What Taraji P. Henson Thinks About Viola Davis's Emmy Win

When Viola Davis became the first African-American woman to win an Emmy for Outstanding Lead Actress in a Drama on Sunday, perhaps nobody was as thrilled for her as fellow category nominee Taraji P. Henson.

On Tuesday’s episode of The Ellen DeGeneres Show, the Empire actress revealed that she would have been happy for either of them to win, but that it was Davis’ night. “I think the universe is happy,” Henson told host Ellen DeGeneres. “Viola deserved that award. And honestly it would have felt weird if I had gotten it over her. … She’s been doing it longer. You’ve just got to give respect and know when your time is.”

Henson’s comments echoed what she previously told EW, that it was “bittersweet” to imagine that history might be made at the Emmys. “Because here we are in 2015, and we’re still saying things like, ‘First African-American,’ ‘First woman this.’ I just pray to God … and it’s not even about me. I hope Viola wins. I hope I win,” Henson continued. “Just so we can get past this and we don’t have to say in 2020 or 2030 or 3000, ‘The first’ – I mean, come on, really,” she added, laughing.

On Ellen, the host went on to praise Davis for her emotional speech. “I love what she said. If the roles don’t exist then you can’t even be nominated and you can’t have a chance to win. So, you have to create the roles first, and thank God for people like Shonda Rhimes.” Henson agreed: “And I feel like the universe needed to hear that message too,” she said, adding, “had I won, it wouldn’t have been that message. … I think the universe orders up what it needs when it needs it. And I think the world needed to hear what she had to say.” 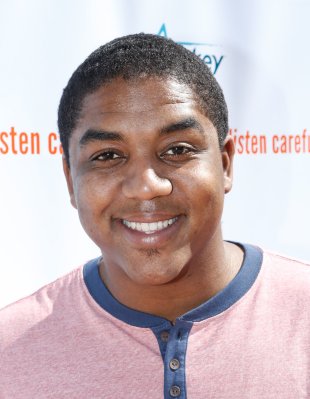 See Nickelodeon Stars Reunite After 'What Did Zoey Say' Reveal
Next Up: Editor's Pick