Chinese President to Meet Titans of Industry as U.S. Tour Kicks Off

Chinese President Xi Jinping accompanies Mauritania's President Mohamed Ould Abdel Aziz (not pictured) to view an honour guard during a welcoming ceremony outside the Great Hall of the People in Beijing, on Sept. 14, 2015
Lintao Zhang—Getty Images
By Denver Nicks

Chinese President Xi Jinping was due to arrive in Seattle Tuesday to start his first official state visit to the U.S., meeting some of the country’s leading business executives before heading to Washington, D.C.

Xi will be greeted by Washington state governor Jay Inslee and former U.S. ambassador to China Gary Locke. Over the next few days he is expected to meet with, among others, Jeff Bezos of Amazon, Tim Cook of Apple, Bill Gates of Microsoft, Dennis Muilenburg of Boeing and Howard Schultz of Starbucks.

On Thursday, Xi will travel to the nation’s capital for a visit expected to include discussions over highly sensitive disagreements between the U.S. and China, including allegations that China is complicit in allowing cyberattacks on U.S. government and business, and that the country doesn’t sufficiently enforce laws against intellectual property theft.

Xi’s visit to the U.S. comes as China is reeling from an unexpectedly sluggish economy and a stark decline in the country’s stock market in recent weeks. Other points of discussion could include China’s construction of islands in the disputed South China Sea, where its neighbors accuse China of destabilizing the region. 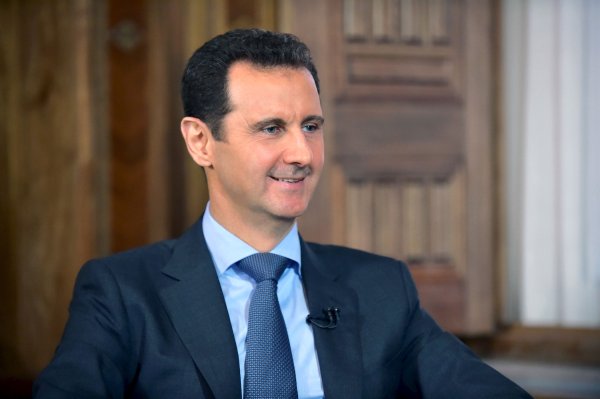 These 5 Facts Explain Bashar Assad's Hold in Syria
Next Up: Editor's Pick