In the video, released by the Burmese government’s electoral body, the Hollywood actress tells the people of Burma, officially now known as Myanmar, to check voter lists and ensure they and their families are registered to vote, reports local independent news outlet Democratic Voice of Burma.

“I know from my visit how important these elections are. I want to urge you to exercise your right to vote and be counted on Nov. 8,” the 40-year-old said in the video posted to the Union Electoral Commission’s Facebook page. “Don’t get left behind. Be a part of this historic moment. Go out and check the voter lists in your communities, make sure your name is on the list so you can vote on election day.”

Some 32 million people (out of a population of just over 50 million) are considered eligible to vote in the country’s first general elections since 2010, when a nominally civilian government ended a half-century of oppressive military rule. However, concerns remain that a quarter of parliamentary seats are still reserved for the armed forces as well as the systematic disenfranchisement of certain minority groups. 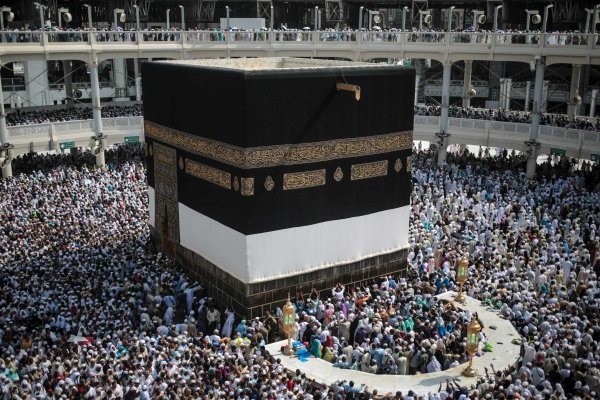 See Muslim Pilgrims Flocking to Mecca for the Hajj
Next Up: Editor's Pick