Dos Equis might have The Most Interesting Man in the World, but Heineken has James Bond. In advance of Spectre, 007 has teamed up again with the Dutch beer giant for a madcap commercial that promotes both brands. “There is no doubt that James Bond will always be synonymous with ‘shaken not stirred’, but he is a man of the world, so it’s not surprising that a contemporary Bond might enjoy a Heineken beer occasionally,” a Heineken spokesperson told the Guardian.

In the new 90-second clip, Daniel Craig receives some assistance from a beautiful bystander who gets dragged into trouble while on a waterski. Like previous Bond/Heineken ads, it has a sense of humor about 007 — there’s a special cameo from Herve Villechaise and a call-back to Oddjob’s bowler inGoldfinger. However, this ad is the first to feature a woman as Bond’s unassuming accompliss. “If you look at other campaigns, it is always a man of the world that saves the day [alongside Bond],” Heineken’s director of global sponsorship Hans Erik Tuijt told the Guardian. “We thought it was time to introduce a woman of the world [to the campaign]. It is the first time the Heineken character is a woman.” 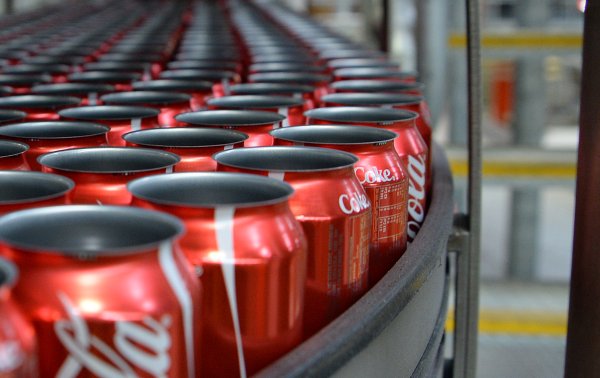 Coca-Cola May Owe $3.3 Billion in Taxes
Next Up: Editor's Pick