Pope Francis looks out from his Popemobile as he arrives at Havana Cathedral in Havana, Cuba on Sept. 20, 2015.
Carl Court—Getty Images
Ideas
By Christopher J. Hale
Hale is a Democratic politician from Tennessee; he has been a Catholic nonprofit executive and helped lead faith outreach for President Barack Obama.

Pope Francis’s first visit to the U.S. has been analyzed from every possible angle: in the context of global diplomacy, as an antidote to the sideshow that has so animated the 2016 election, and as an illustration of the rock star status of the 78-year-old Bishop of Rome. As much as pundits and politicians can try to guess what Francis will do and say, the truth is that none of us know what the pope of surprises will have in store for the American people. But we should know this: We are a nation in dire need of Pope Francis and his message.

“The great danger in today’s world, pervaded as it is by consumerism, is the desolation and anguish born of a complacent yet covetous heart, the feverish pursuit of frivolous pleasures, and a blunted conscience,” Pope Francis argues.

From the start of his pontificate and throughout his entire life as a priest and bishop, Francis has called upon his people to take up the identity of the excluded, to wear their sufferings, and to walk in their footsteps. He asks us to discover our own failures and our contributions to injustices in our families and communities. Only from this personal and national examination of conscience will we be able to experience full joy and transformation.

Yet we risk being so enthralled by Pope Francis that we don’t hear him begging us to change: “The life of a Christian disciple requires growth and change,” Jonathan Lewis, the coordinator of evangelization and young adult initiatives for the Archdiocese of Washington writes. “A God that does not make us uncomfortable is no god at all.”

As the American people greet Pope Francis this week with parades, ceremonies, and festivals, we too must have the courage to listen to him—particularly his words and actions that make us uncomfortable. If we open our ears and—more important—our hearts, we will hear Francis’s invitation to discern a different path forward for ourselves and our nation. It’s an invitation that goes beyond creed or faith, but for everyone who wants to find the fullest measure of living.

In short, Pope Francis’s trip is a time for the American people to learn how to love again. The invitation isn’t just from Francis, but from God himself. It’s a call to make a nation where enemies are loved, the poor are blessed, and where prodigal children are welcomed home. Perhaps then we can know with a bit more confidence that our national motto “in God we trust” is more than mere words, but an expression of a prayer fulfilled. 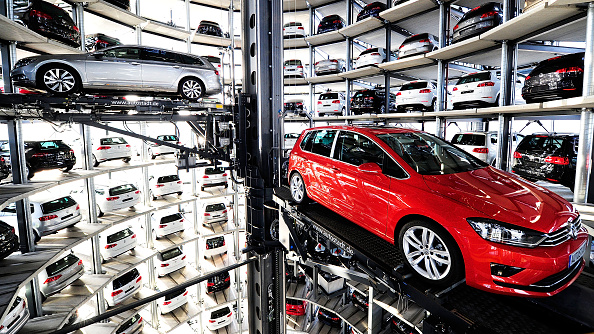 How Stock Options Push CEOs to Take Risks
Next Up: Editor's Pick