Biden Says He 'May Not Get There' on White House Run

U.S. Vice President Joe Biden speaks in support of raising the minimum wage for the state of New York to $15 per hour in New York City, on Sept. 10, 2015
Andrew Burton—Getty Images
By Philip Elliott and Sam Frizell

Amid continuing speculation about a presidential bid, Vice President Joe Biden told a Catholic magazine that he “may not get there,” suggesting that grief over the loss of his son could keep him out of the race.

“I’ve just got to be certain that if I do this I am able to look you in the eye and everyone else say I can give all of my passion and all of my energy and I will not be distracted,” Biden told America: The National Catholic Review. “In this moment, is this the best thing for a family as a unit?” he added.

Biden is weighing an uphill battle for the Democratic nomination that would pit him against frontrunner Hillary Clinton and upstart Vermont Sen. Bernie Sanders, among others. After two failed campaigns in 1988 and 2008, he has few illusions about the difficulties of a campaign.

Still, a small but enthusiastic chorus of Democrats has called on Biden to run, raising cash through a super PAC and laying the groundwork for campaign infrastructure in key states.

But Biden has been as equally as public with his grief over the death of his son Beau Biden and his own limitations. “Everybody thinks it’s all about what do the numbers say? That’s a calculation about what you think is possible,” Biden said. “It all gets down to personal considerations.”

For Biden, those considerations include whether his family can weather what everyone has predicted will be a grueling fight for the nomination, and then maybe an even tougher battle against the Republican nominee.

Read More: How Joe Biden Helped a Man With a Childhood Stutter Overcome His Fears

“It’s not quite there yet and it may not get there in time to make it feasible to be able to run and succeed because there are certain windows that will close,” Biden added. “But if that’s it, that’s it. But it’s not like I can rush it. It either happens or it doesn’t.”

While Biden has publicly deliberated over a race, others have tried to smooth the path. A super PAC run by a former aide to Beau Biden popped up, and aides have been telling would-be donors—without any evidence—that the Vice President is certain to run. Separately, these supporters have investigating deadlines for Biden to get on ballots.

Biden advisers are split on whether the Vice President will decide to seek the job he twice has sought before. Biden, they say, still wants to be President but doubts his ability to run the difficult race.

“If I were to announce to run, I have to be able to commit to all of you that I would be able to give it my whole heart and my whole soul,” Biden told members of the Democratic National Committee on a recent call. “And right now, both are pretty well banged up.”

In a subsequent interview, Biden told The Late Show host Stephen Colbert that he was hesitant to join the campaign. “I don’t think any man or woman should run for President unless, number one, they know exactly why they would want to be President and two, they can look at folks out there and say, ‘I promise you have my whole heart, my whole soul, my energy, and my passion,’” Biden said. “And I’d be lying if I said that I knew I was there. I’m being completely honest.

Other members of the Biden family have told friends that they will back the Vice President if he wants to make another bid. Jill Biden’s spokesman says she would support her husband if there were another campaign—before adding that no decision has been made. 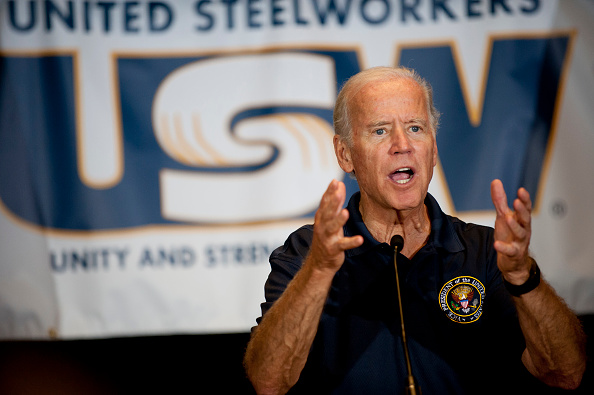 Joe Biden's Ambition and Grief Collide in 2016 Decision
Next Up: Editor's Pick