If the general rule is that rent should not take up more than one-third of a person’s gross income, then America is not doing a very good job of following the rules. A report released on Monday by Harvard’s Joint Center for Housing Studies and Enterprise Community Partners, an affordable housing advocacy group, projects that nearly 15 million Americans could be severely burdened by their rents in the coming years.

Severely burdened means that renters are spending more than 50% of their household income on housing itself. As of 2013, roughly 11.2 million Americans were severely burdened by their rents. Yet more people are renting than ever before, many of them ethnic minorities, elderly renters and millennials who entered the job market during the Great Recession, and the study projects that increase will continue. Under the researchers’ worst-case scenario—in which the rises in rent continue to outpace income growth—14.8 million Americans will be severely rent-burdened by 2025, representing a 25% increase.

A typical new unit in the U.S. costs about $1,300 a month to rent, which is about half of the typical renter’s monthly income. The report calls on the government to step in “enhanced levels of support” for a range of income levels, though low-income renters are being hit the hardest.

Part of the issue is that home ownership is at its lowest levels since the late ’60s, with economic uncertainty and a desire to be mobile leading many to rent. The report says that politicians and other leaders need to understand that “too-damn-high” rents, while they may be fodder for debates in New York City, are not simply a “big city problem.” In nine states, the authors point out that over 50% of all renters are least moderately burdened by their rents, meaning it takes up between 30% and 50% of their household income. One in four Americans across the U.S. is shelling out more half their income for rent.

Big cities have, however, been producing some high-profile attempts to alleviate this problem. In early September, San Francisco Mayor Ed Lee announced his “blueprint” for building or rehabilitating 10,000 more affordable housing units in the city, hoping to stem the tide of middle- and low-income families leaving a city with a median rent of more than $4,200 per month. In July, New York Mayor Bill de Blasio unveiled what he touted as “the strongest affordable-housing requirements in the nation.”

The Harvard report urges policy-makers to put their priorities in a similar order across all levels of government. “Our analysis projects a fairly bleak picture of severe renter burdens across the U.S. for the coming decade,” the report concludes. “Under nearly all of the scenarios performed, we found that the renter affordability crisis will continue to worsen without intervention.” 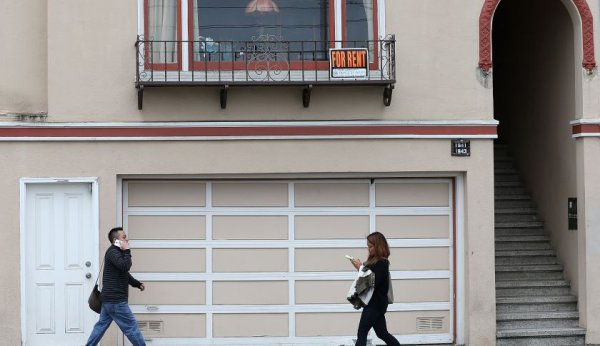 Why the Renting Crisis Could Be About to Get a Lot Worse
Next Up: Editor's Pick