Scientists Are Getting Closer to an Invisibility Cloak

Scientists are getting closer to creating a real-life invisibility cloak.

A new study published in the journal Science shows scientists have created what they are calling a “ultrathin invisibility skin cloak for visible light.” The cloak has been shown to cover an object and—by manipulating certain wavelengths of light—render it invisible.

Light plays a central role in how we see objects. According to the Los Angeles Times, usually light bounces off of things and becomes distorted, which helps a person see the angles and curves of an object. However, the LA Times writes that the cloak is covered with “nanoantennas made of tiny gold blocks of different sizes that can counteract that distortion, making it seem to an observer like the light is coming from a flat surface.”

The cloak is 80 nanometers thick, which is a bonus since the study authors say prior attempts have been too bulky and therefore difficult to scale up. Still, the current cloak only covers a very tiny object, so there’s a long way to go before people can make themselves invisible or hard to see.

Other research teams are also looking into the creation of an invisibility cloak. In early July, University of California, San Diego researchers designed their own early version. “Invisibility may seem like magic at first, but its underlying concepts are familiar to everyone. All it requires is a clever manipulation of our perception,” Boubacar Kanté, a professor in the Department of Electrical and Computer Engineering at the UC San Diego Jacobs School of Engineering said in a statement about his work. “Full invisibility still seems beyond reach today, but it might become a reality in the near future thanks to recent progress in cloaking devices.” 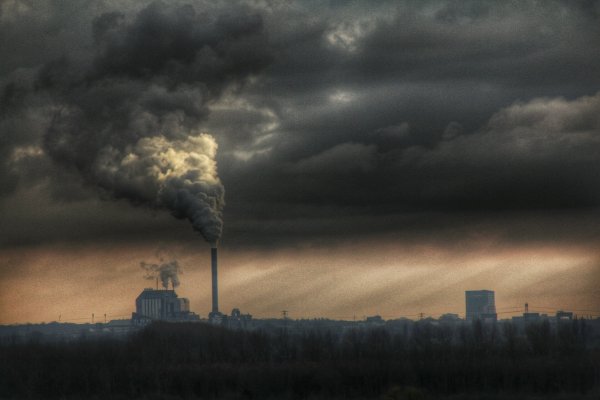 How Air Pollution Contributes to Millions of Early Deaths
Next Up: Editor's Pick