Police stand at the shut gates at Hamilton Zoo after a female zookeeper was killed by one of the tigers at the zoo in Hamilton, New Zealand, on Sept. 20, 2015
Nick Reed—AP
By Mark Rivett-Carnac

A male Sumatran tiger that fatally attacked a zookeeper in New Zealand on Sunday will not be euthanized.

Samantha Kudeweh, 43, was killed by one of Hamilton Zoo’s five tigers — the only male, who is named Oz — shortly before 11 a.m. local time. However, zoo professionals widely considered the attack to be consistent with Oz’s natural instincts, according to a press release from Hamilton City Council.

“Although there is an inherent risk for zoo professionals who manage big cats like Oz, there is no wider ongoing risk,” said Lance Vervoort, the Hamilton City Council’s general manager community. “There is no reason for us to put Oz down.”

Some of Hamilton Zoo’s Sumatran tigers will be on display when the park reopens on Thursday, but it has not yet been confirmed if Oz will again be shown to the public.

“Our team is still coming to terms with what has happened,” Vervoort said. “The show of support from our community and the zoo industry worldwide has been very touching and hugely appreciated.” 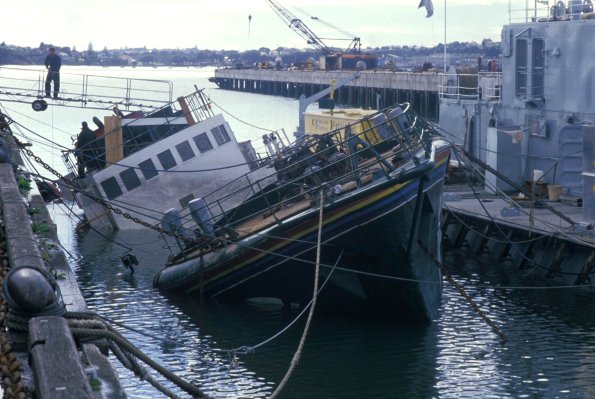 French Agent Apologizes for Greenpeace Attack
Next Up: Editor's Pick