Why It Matters That Women Are Winning Big At the Emmys

As host Andy Samberg noted in his opening monologue, the gender gap is still alive and well in Hollywood. But Jill Soloway and several other ladies took over the Emmys early on.

Transparent creator Soloway took home her first Emmy on Sunday night for best directing in a comedy series. She’s just one of just a handful of female showrunners—along with Tina Fey and Jenji Kohan—to be up for an award tonight, and she has been a pioneer in the industry since the beginning of her career. Her win represents a giant step for women working behind the camera in Hollywood.

So do the three wins that Olive Kitteridge has taken home so far. The HBO mini-series about a complicated woman navigating life in small town in Maine proved that female protagonists don’t have to be “likable” to be successful. In his acceptance speech for best actor in a mini-series, Richard Jenkins thanked “all the women” who made Olive Kitteridge possible.

Perhaps the biggest sign of progress was Amy Schumer winning in the best sketch series category for her unapologetically feminist show, Inside Amy Schumer.

Both Julia Louis-Dreyfus and Allison Janney broke Emmys records, too. Janney tied Ed Asner and Mary Tyler Moore for most acting wins (in any category) at the Emmys with her seventh win for best supporting actress in a comedy for Mom. Veep’s Louis-Drefyus nabbed a fifth statue for best actress in a comedy, tying Candice Bergen and Mary Tyler Moore for most wins in the best actress category. 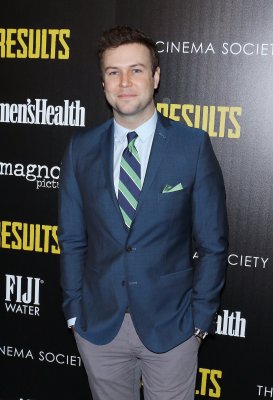 Taran Killam Will Play Donald Trump on SNL
Next Up: Editor's Pick