What Intervention in Yemen Means for UAE's National Identity

Much has been written about the construction of a UAE identity over the past years. After all, the UAE is an Arabian peninsular country that shares much of its culture and tradition with neighboring states. The UAE’s recent intervention in Yemen will play an important role in shaping how other nations—and its own citizens—view the country’s role in the region.

Last March, following a request from the internationally recognized government of Yemen, a coalition of Arab states led by Saudi Arabia launched a war against the Iran-supported militant Houthi rebel group that has allied itself with forces loyal to the former president, Ali Abdullah Saleh. This followed the Houthi takeover of the Yemeni capital in September 2014, which prompted a senior Iranian lawmaker to declare Sanaa as the fourth Arab capital to fall into the Iranian sphere of influence (following Baghdad, Beirut, and Damascus). The Houthi militants authorized Iranian planes to land in the capital, ostensibly to carry aid workers and medical supplies.

The rebels have engaged in extrajudicial killings, fired “indiscriminately“ at Yemeni civilians, and by one estimate laid more than 150,000 land mines. On the other side, airstrikes by the Arab coalition forces targeting Houthi militias have caused numerous civilian deaths (43 on one day last month alone). In all, there have been more than 2,000 civilian deaths in this conflict. This number will likely rise due to the thousands of land mines laid by Houthi militias.

At dawn, on Friday, Sept. 5, 52 Emirati soldiers were killed, the most since the nation was founded in 1971, when Iranian-supplied Houthi militias ambushed them in their camp. The ambush, dubbed “the UAE’s Pearl Harbor moment,” was an unprecedented loss for a young nation that has taken part in missions including the liberation of Kuwait in 1991 and peace keeping in Afghanistan and Kosovo.

The UAE declared three days of official mourning, but in reality the mourning period lasted much longer as bodies continued to be flown in for burial. Abu Dhabi’s Crown Prince Sheikh Mohammed Bin Zayed made a point of visiting every family that lost a son, a father, a brother or a husband. Citizens rushed to give blood to the dozens of wounded. Celebrations and music were muted for days. A somber mood permeated the country.

But as Emiratis began to recover from the initial shock following the deaths of ambush of their compatriots in Yemen, collective grieving slowly turned into collective solidarity. Even before the war on the Houthi militiamen, Emiratis began to identify strongly with each other following the introduction of national service in 2014. Those from privileged backgrounds met with citizens from poorer parts of the country. Emiratis of various ethnic groups, Baloch, Ajam, African and Arab (many of Yemeni origin), both Sunni and Shia, stood shoulder to shoulder and formed personal bonds that didn’t exist just more than a year ago.

UAE journalist Ayesha Almazroui observed: “Politically, the concept of martyrdom plays an important role in the construction of national identity.” Despite the loss of their family members, Emiratis have rallied together to honor their fallen sons. Here feelings of grief and sadness were fused with pride, unity, commemoration and even a sense of celebration.

Until that dark Friday, many Emiratis viewed the operation against the Houthis through the prism of a government decision. Now, Emiratis view the war as a life-changing experience fraught with difficulties and danger in order to avert an even a greater danger in the future: the control of an Arabian Peninsula state by Iran. Emiratis want to see this war brought to an end as soon as possible with as little civilian casualties and damage as possible.

An unintended repercussion of this war may be the potential political maturity of UAE citizens who have for decades been shielded from political crises in the region by a comfortable life at home. A year ago most Emiratis did not pay attention as Houthis militiamen advanced into the capital, not knowing that a few months later, their own sons would be fighting them back. Today, as Emiratis commemorate their fallen soldiers, it is more likely that they will pay a greater deal of attention to the political developments in the region, especially Iranian hegemonic behavior. 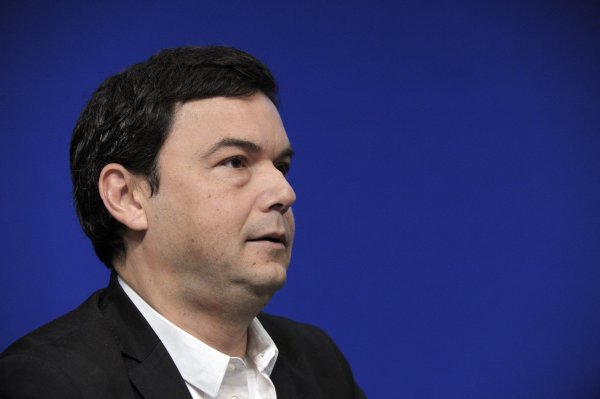 We Should Still Fear a Grexit
Next Up: Editor's Pick