As college students settle into a new year at school, Lady Gaga has released a new video sending a powerful message about sexual assault on campus.

“Til It Happens to You,” with lyrics by Diane Warren, was written for the documentary The Hunting Ground, which debuted earlier this year. The new video was directed by Catherine Hardwicke (Twilight, Thirteen) and shows college students experiencing assault in terrible, but unfortunately all too common, situations: in a dorm room, at a party, in a campus bathroom. “Til it happens to you,” Gaga sings, “you don’t know how it feels.” The video concludes with each survivor getting support from the community and overcoming the stigma of sexual assault.

A portion of proceeds from sales of the song will go to organizations working to combat sexual assault and support survivors. 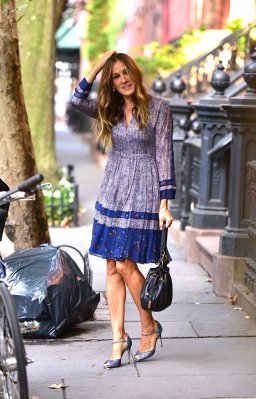 Sarah Jessica Parker Says There’s No Time Table for Sex And The City 3
Next Up: Editor's Pick