When Trevor Noah takes the helm of The Daily Show later this month, he’ll obviously be expected to offer lots of political commentary. (And hopefully be funny about it.) On Thursday night, the comedian shared a quick taste of his political shtick during an interview with newly-minted Late Show host Stephen Colbert.

Colbert asked Noah if he watched Wednesday night’s Republican debate, to which Noah replied, “Unfortunately, yes. That was one of the moments of regret.” According to Noah, no one said anything substantial during the three-hour event. To prove his point, he had Colbert ask him a policy-related question and then attempted to sum up the entire debate in his response.

Noah did a decent job, but he still has some pretty big, “Jewish Yoda”-shaped shoes to fill. 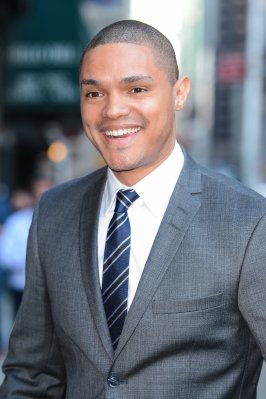 Trevor Noah Says Jon Stewart Is a 'Jewish Yoda'
Next Up: Editor's Pick