A prominent Australian artist is appealing a sentence for the repeated rape of a 12-year-old girl by claiming that he did not know it was wrong.

Artist Dennis Nona, 42, says he did not learn from his upbringing in an indigenous Torres Strait island community that sex with minors was unacceptable, Australia’s Daily Telegraph reports.

Nona was found guilty last year of raping a 12-year-old in Canberra in 1996 and also sexually assaulting her 14-year-old sister. The younger girl discovered she was pregnant at 20 weeks and underwent a late termination. The crimes were said to have taken place while Nona was completing a two-year art degree in Canberra.

Nona is challenging his nine-year sentence from behind bars, the Telegraph says, blaming his childhood and the practice of polygamy on his native Badu Island.

He has been denied bail but found support from some members of the art community, including his manager, Michael Kershaw, who told the court that Nona was a “role model” during sentencing in April.

The National Gallery of Australia, however, has pulled Nona’s work from its halls.

Nona’s work has sold for hundreds of thousands of dollars and has been displayed in galleries across Australia and internationally in the U.S., France, Canada, Japan and Poland, according to the biography published by art dealer Andrew Baker. 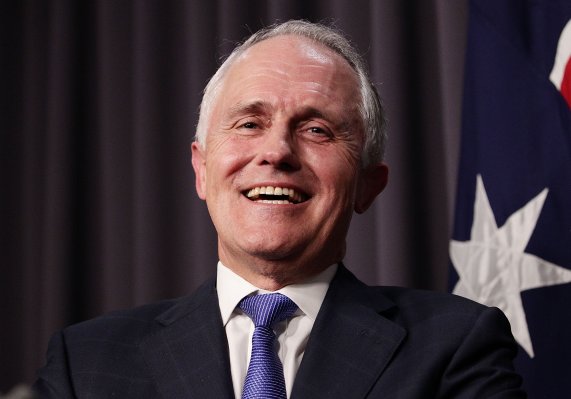 Malcolm Turnbull Sworn In as Australia's Prime Minister
Next Up: Editor's Pick