In English, “art” has several meanings. It can be used as synonym for “craft”, such that any art-ifact made by an art-isan — practically anything created by anyone — is a kind of art. Any exercise of skill, any practice, can also be spoken of as an art. The art of cooking. The art of war. In these senses, video games obviously qualify as art.

But when people ask “Are video games art?”, what they really want to know is “Are video games Art (with a capital A)?” They mean great art. Fine art. Cultural monuments. The stuff that gets exhibited in museums, and hidden away when barbarians are at the gates.

It has become difficult to deny video games this status. They have passed the museum test. Dozens of major exhibits have occurred in recent years, at thoroughly respectable venues such as the Smithsonian and MoMA. Universities have established archives of historic titles and hardware, and even offer doctorates in video game studies. Video games have become a significant engine of culture, and a potent economic force.

Back in 2005, the late film critic Roger Ebert provoked an online firestorm with his declaration that that “Video games can never be art,” adding that “No one in or out of the field has ever been able to cite a game worthy of comparison with the great dramatists, poets, filmmakers, novelists and composers.” At the time, this argument was potent enough to give pause. But two things have happened in the ensuing decade to make Ebert’s assessment seem increasingly preliminary.

First is the rise of the independent games movement, fueled by passion rather than commerce, and powered by free development tools like Unity, Inform and Twine. “Indies” are now producing thousands of edgy, curious and deeply personal games that smell an awful lot like Art, even to suspicious curmudgeons like me. Authors such as Emily Short, Porpentine and Jon Ingold are producing impressive bodies of work. No one can dismiss the haunting beauty of thatgamecompany’s “Journey,” the emotional devastation of Will O’Neill’s “Actual Sunlight,” or the mind-bending introspection evoked by Thekla’s imminent release “The Witness.”

Second is the appearance of new experiences which fuse the technology of games and cinema into dynamic hybrids that are neither games nor cinema. Unclassifiable titles like Hideo Kojima’s “P.T.”, Tale of Tales’ Fatale and The Chinese Room’s Dear Esther hold immense promise for the future of digital entertainment — and yes, Art.

As Grace Slick once wailed in a Jefferson Airplane song, “We’re doing things that haven’t got a name yet.”

Moriarty is IMGD Professor of Practice in Game Design at Worcester Polytech. 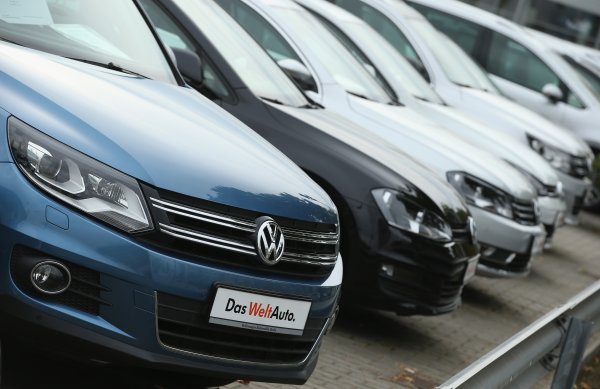 Everything to Know About Volkswagen's Emissions Crisis
Next Up: Editor's Pick