WDBJ7 shooting survivor Vicki Gardner has given her first interview since the attack that left an anchor and a cameraman dead on live television, telling how she attempted to play dead to avoid being killed.

“It was just very, very fast,” Gardner, executive director of the Smith Mountain Lake Chamber of Commerce, told Fox of the moments when the shooter began firing. “And I saw movement. And then gunfire. Lots and lots of gunfire. From that point, it was very chaotic.”

Gardner curled into the fetal position and pretended to be dead, but Vester Lee Flanagan, the shooter, shot her in the back. Doctors in the hospital removed her kidney and part of her colon.

In August, Flanagan opened fire on a Virginia TV crew during a life broadcast, killing reporter Alison Parker and cameraman Adam Ward, before fleeing and turning the gun on himself.

“My heart just goes out to Alison and Adam,” Gardner said. “Why save me and take them? But obviously, there’s a purpose. And by golly, I will fulfill it.” 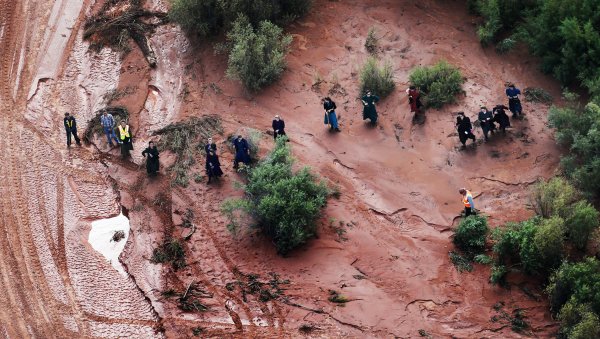 How Literature Can Make Sense of the Deadly Utah Flash Floods
Next Up: Editor's Pick