On The Late Show With Stephen Colbert Wednesday night, actor Kevin Spacey, who plays the conniving President of the United States on the hit Netflix drama House of Cards, explained who his character is really addressing during his monologues on the show.

“I’m talking to one person, and one person only,” he said, “and that is, Donald Trump.”

He also did an impression of Jimmy Stewart that moved fellow guest Carol Burnett.

The next and fourth season of House of Cards is expected to premiere in early 2016. 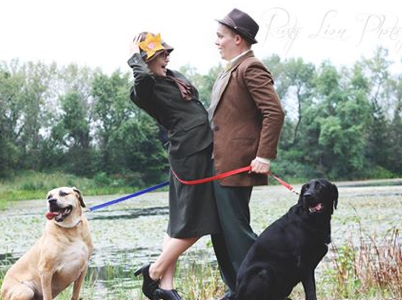 This Couple Recreated the 101 Dalmatians Opening for Their Engagement Photos
Next Up: Editor's Pick