With so many Republican candidates vying for a 2016 nod, it’s hard to keep track of everyone who has the potential to become the next president of the United States. Wednesday’s GOP debate even had to be split into two different sections to accommodate all the contenders.

On the episode of Jimmy Kimmel Live! that aired following the debates, Kimmel sent his team to the streets to prove that point.

In the clip, regular people play a game called “Which of These People Is Running for President?” in which they are shown photos of three different people and asked to identify which one is a presidential hopeful.

Every participant shown gets the question wrong, incorrectly choosing TV personalities such as Jorge Ramos, Tony Goldwyn and Robert Guillaume.

One contestant thinks that it’s a trick question.

“It’s none of them,” he says, before the host of the game points candidate Marco Rubio out. 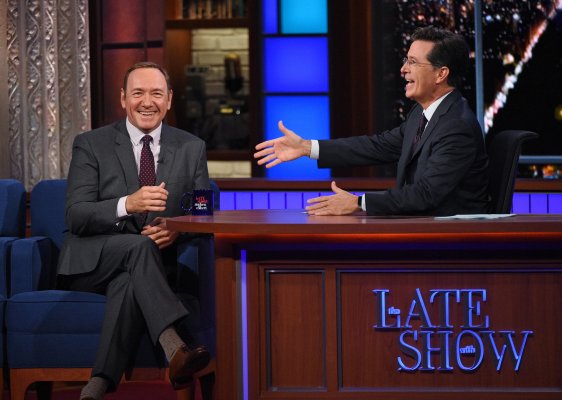 Kevin Spacey Reveals Who Frank Underwood Is Really Talking to on House of Cards
Next Up: Editor's Pick