Ahmed the Clockmaker Wants to Go to MIT

Ahmed Mohamed, 14, thanks supporters during a news conference at his home, in Irving, Texas, on Sept. 16, 2015
Brandon Wade—AP
By Tessa Berenson

Ahmed Mohamed, the 14-year-old boy who was arrested for bringing a homemade clock to school, gave a press conference Wednesday where he thanked supporters and talked about his hopes for the future.

“When I showed it to her, she thought it was a threat to her,” Mohamed said of the teacher at MacArthur High School in Irving, Texas who thought his clock was a bomb, reports NBC. “It was really sad she took a wrong impression of it.”

Mohamed’s arrest set off a social media firestorm Wednesday, which got him offers of numerous prestigious internships and even an invitation from President Obama to the White House.

But during the press conference, Mohamed explained what he really wants to do: go to the Massachusetts Institute of Technology for college. In the meantime, he added, “I’m thinking about transferring from McArthur to any different school.”

READ NEXT: Why Kids Should Be Making Clocks in Science Class 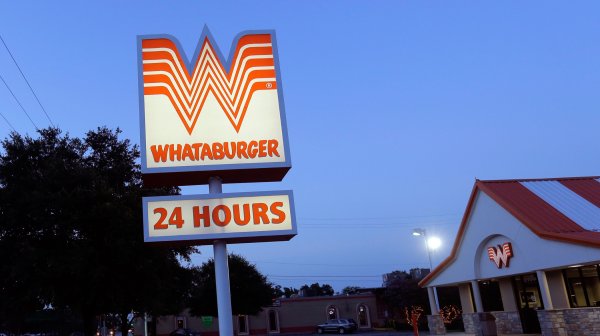 Whataburger Employee Fired for Not Serving Police Officers
Next Up: Editor's Pick