Nepal finally has a formal constitution after nearly a decade of political paralysis.

The landlocked Himalayan nation’s parliament passed the constitution on Wednesday with 507 out of 601 members of its Constituent Assembly voting in favor, Agence France-Presse reported.

The new charter replaces an interim constitution that has governed the country since 2007, when a decadelong civil war culminated in the end of its Hindu monarchy. Since then, rival political parties have been at loggerheads over the document’s details, a disagreement that dragged on for years until this year’s devastating earthquake that claimed nearly 9,000 lives prompted a hasty reconciliation. The constitutional logjam was widely blamed for the delay in mobilizing rescue efforts, prompting the country’s three leading political stakeholders — the formerly antigovernment Maoists, the main communist party UML and the Nepali Congress — to begin the drafting process in June.

The constitution has not been without controversy, however, with the decision to divide the country into seven distinct provinces sparking protests that claimed at least 40 lives in recent weeks. Critics of the bill say the divisions will further marginalize Nepal’s ethnic minorities like the Tharu and Madhesi communities. A clause that increases barriers to Nepali children automatically acquiring their mothers’ citizenship has also been criticized as backward.

“Ownership of the document is important,” Lok Raj Baral, executive chairman of the Nepal Centre for Contemporary Studies, told AFP. “Even if it is a minority that does not accept it, the parties have to take an initiative to address the disgruntled elements.”

The general reaction, however, has been one of relief and positivity, with loud cheers reportedly breaking out in the assembly when Speaker Subash Nembang announced the passage of the bill.

“It is an issue of pride for all Nepalis that the people’s constitution has been passed from the Constituent Assembly,” Nepal’s Prime Minister Sushil Koirala tweeted.

Koirala has announced that he will step down once the constitution is in place, paving the way for a new government to take over. 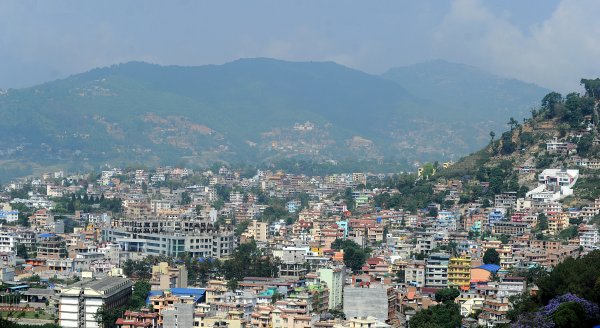 American Teacher Murdered in Nepal
Next Up: Editor's Pick