Security forces in Tajikistan on Wednesday reportedly killed the country’s former deputy defense minister who had been accused of creating an extremist group, authorities in the Central Asian nation say.

General Abdukhalim Nazarzoda had fled to the Ramit Gorge east of the capital Dushanbe after being ousted from his government post on Sept. 4 and charged with treason, the BBC reports.

The former minister had joined the rebels of the Islamist opposition during a five-year civil war that ended with a peace deal in 1997 and the incorporation of rebels into the government. Gunmen loyal to Nazarzoda had been blamed for a shootout with security forces early this month, which killed nine police officers, the BBC says.

After the gun fight, President Emomali Rahmon vowed to take revenge. When authorities found Nazarzoda among a group of rebels, they killed him and, some reports suggest, at least 11 of his supporters.

Unease between Tajikistan’s authoritarian government and Islamic forces is increasing in the secular but Muslim-majority nation following a crackdown on the only legal Islamist party, the Islamic Revival Party (IRPT.)

The Wall Street Journal reports that Tajikistan and other Central Asian countries have become a breeding grounds for the Islamic State of Iraq and Syria, which is gaining influence in neighboring Afghanistan. 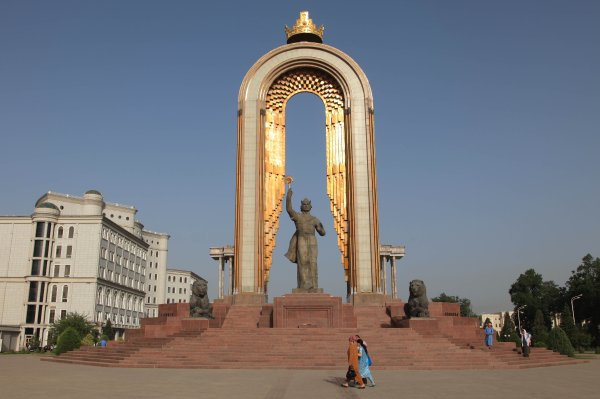 Gunfights in Tajikistan Capital Kill at Least 35
Next Up: Editor's Pick