Miss Piggy Is 'Playing the Field' After Breaking Up With Kermit

Miss Piggy has totally, definitely, no-doubt-about-it moved on from her public, nasty breakup with Kermit.

At least, that’s what the star of ABC’s upcoming The Muppets tells Good Morning America in the interview below. “First of all, I ended the relationship,” she clarifies right off the bat. “Look at me, look at me! Would you throw this away?” As for what she’s doing now without Kermit, she emphasizes that she has suitors lining up to date her. “I’m playing the field,” Miss Piggy explains. “There is someone new every night.” In fact, she’s been having potential suitors fill out an application form to date her, which means her latest beau Josh Groban must have submitted a sterling app.

Still, the two have to be colleagues going forward as Piggy prepares for her talk show debut. When asked whether it’s strange for her to see Kermit across the conference room table or even miss the “twinkle in his eye,” Piggy says not at all. “That twinkle in his eye is due to the fact that he has no eyelids, okay?” she says, adding that she hasn’t given any thought to reconciling with the nicest frog in Hollywood: “I can’t really think about it right now while we’re in the middle of publicizing the breakup.”

Read More: Miss Piggy: I Refuse to Give Up on Love

And though she continues to insist she’s moved on, Miss Piggy does reminisce about why she loved Kermit. “I mean, he’s a looker, that’s for sure,” she admits. “Those eyes, that body, and the supreme sense of self-confidence that frog has, just walking down the street completely naked.”

Watch her interview below: 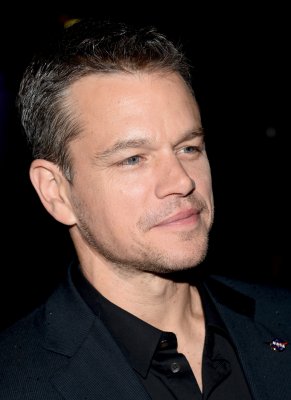 Read Matt Damon's Apology for His Controversial Diversity Comments
Next Up: Editor's Pick