The principal of the school attended by a student whose homemade clock was confused for a bomb explained the decision to involve police as a move to “keep our school as safe as possible” in a letter to parents.

Ahmed Mohamed, a 14-year-old 9th grader at MacArthur High School in Irving, Texas, was taken to a juvenile detention center and suspended from school Monday after bringing in homemade clock that was mistaken for a bomb. Mohamed, who said he was simply pursuing his interest in electronics and robotics, could still face charges of making a hoax bomb, according to the Dallas News.

News of Mohamed’s arrest has caused outrage on social media, where his supports have united behind the #IStandWithAhmed hashtag. But in the letter to parents, MacArthur High School principal Dan Cummings appeared to defend the decision to take the student into custody. “We will always take necessary precautions to protect our students,” wrote Cummings.

The letter says police found responded to a “suspicious-looking item” on Monday, but police found that the item posed no threat. An investigation remained ongoing, according to Cummings’ letter.

The principal added that parents should use Mohamed’s arrest as a teachable moment. “I recommend using this opportunity to talk with your child about the Student Code of Conduct and specifically not bringing items to school that are prohibited,” Cummings says in the letter. “Also, this is a good time to remind your child how important it is to immediately report any suspicious items and/or suspicious behavior they observe to any school employee so we can address it right away.”

The Student Code of Conduct prohibits students from possessing, among other items, “any articles not generally considered to be weapons, including school supplies, when the principal or designee determines that a danger exists.”

MacArthur High School directed TIME’s request for comment to the school district, which did not immediately respond. 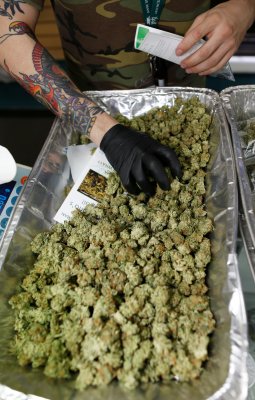 Colorado Weed To Be Tax-Free on Wednesday
Next Up: Editor's Pick