Democrats Are Playing a Dangerous Game With the Debate Schedule

The three leading Democratic candidates for President have called for more debates. So have party leaders across the country, including two of the five Vice-Chairs of the Democratic Party. So has the head of the AFL-CIO. So should the Democratic National Committee add more debates? All signs point to yes. Not only do the Republicans have more debates allowing them to reach more voters, but the 2016 primary calendar has bunched up so many states early next year that without a robust debate schedule few voters will be able to meaningful participate in the picking of the Democratic nominee.

Let’s look at this admittedly arcane subject in a bit more detail: As the chart demonstrates, the Republican Party has scheduled ten debates before the end of March of 2016. Most of these debates are in primetime during the week, and each is with a major commercial television news outlet. The first Fox debate proved these debates have the potential to reach tens of millions of people directly, without the candidates or parties spending a dime — a holy grail of political campaign strategy.

The Democrats, on the other, hand have only six debates scheduled in this period and only one in weekday primetime so far. Two of those are with PBS and Univision, limited television networks with smaller reach. Left unchecked, the superior RNC schedule could easily reach 50 to 100 million more eyeballs than the current Democratic schedule—meaning tens if not hundreds of millions of dollars of lost opportunities to persuade, engage and excite the audiences all Democrats will need to win in 2016. But the cost is so far beyond dollars and minds: the debate schedule could affect who wins the Presidency, the Senate and scores of other races across the country.

When you look at the how the primary schedule is stacking up next year, the current Democratic Party strategy looks even harder to justify. As you can see, after the four early states vote – Iowa, New Hampshire, Nevada and South Carolina — 21 more states with more than half of all Democratic primary voters will vote in the 14 days between March 1 and March 15. The scale and speed of this unprecedented compression of the primary calendar means that the only way most voters in these states are going to be able to touch and feel a candidate will be through paid advertising or free debates. Some of these states may not even see a single candidate visit during this short window, and thus are more reliant on debates for getting the information they need to make an informed decision.

Additionally, the compression of the calendar gives an enormous structural advantage to any candidate coming out of the four early states ahead. And if they are also well resourced, it could mean that the election will be for all intents and purposes decided in February of 2016, leaving tens of millions of Americans without the chance to participate in picking a nominee for their party. Having debates during this period is not only necessary given the sheer number of voters going to the polls, but to make sure the winning candidate has the informed consent of a sizable number of their partisans.

The RNC seems to understand all this, having scheduled six of their ten debates during this first quarter window, all with major television networks. The DNC, however, is taking a different approach, having proposed only three debates during this window. The first is on a Sunday night in January during a holiday weekend. The next two—so far without firm dates—are a Spanish language debate (only three of the 21 states have significant Spanish-speaking populations) and one with a far more limited television network (PBS) in a state (Wisconsin) that votes in April. It is conceivable that the Democrats will not have a single English language debate in this period from February 1 to March 15—when tens of millions will be paying attention and voting, and when many believe the nomination will be decided. The GOP already has three scheduled in this voting window, and depending on how their schedule firms up, could have as many as five.

At a time when half the country goes to vote the RNC is ramping up the pace of its debates, while the DNC is slowing its down. By limiting the total number of debate to six it also ensures that the half of the country which votes in the ten weeks after March 15th has little or no chance to hear directly from the candidates.

Simply put, there is no way to justify or defend this strategy. As currently constructed, too few people are going to be able to meaningfully participate in the picking of the nominee of the Democratic Party, something that is inconsistent with our Party’s approach to politics and a threat to the success of the party in the 2016 elections. As many as seven of the dozen or so battleground general election states will vote in this period. The loss of party building in those states is particularly dangerous for Democrats.

There are many ways to improve the current debate schedule but I would begin, as I’ve proposed elsewhere, with shooting for party parity in 2016. The DNC should match the RNC by adding three debates, with at least one coming between Feb. 1 and March 15. The proposed Univision and PBS debates should also be scheduled before March 15, with the Wisconsin debate moving to a March date in an important pre-March 15 state like Colorado, Michigan, Ohio, Texas or Virginia. The DNC could also expand the pool of its media partners to include those with large progressive audiences, and important digital outlets like Facebook (which sponsored the first RNC debate), Instagram, Twitter and Yahoo who reach different audiences than traditional media.

Those calling for a better Democratic Party debate schedule are right. The current schedule, while well intentioned, can and should be improved. It will benefit all Democrats up and down the ticket, and ensure that more than a few million people participate meaningfully in picking the Democratic nominee. The compressed primary schedule next year makes the adding of more debates while so many states vote so quickly even more of a imperative.

Simon Rosenberg has worked on two Democratic Presidential campaigns and served in senior roles at the DNC. 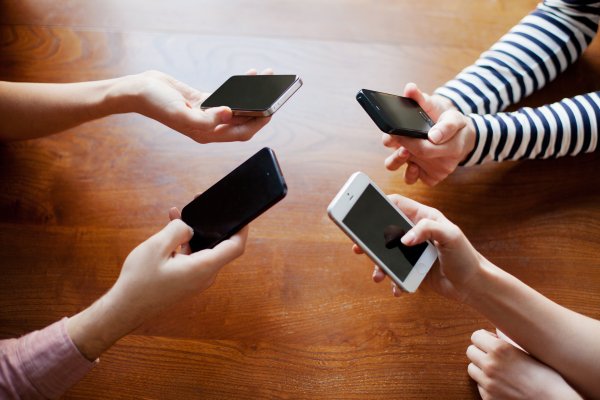