The new report, published Wednesday in the journal PLOS ONE, looked at 2013 survey information from 10,272 students from 7th to 12th grade. Teens who experienced a TBI in the last 12 months were at least twice more likely to report drinking energy drinks mixed with alcohol. In addition, teens who got a TBI while playing team sports like hockey had double the odds of drinking energy drinks in the last year, compared to teens who suffered a TBI from other injuries like fights or a car accident.

“We think the common denominator between traumatic brain injuries and energy drinks is sports,” says study author Gabriela Ilie, of the division of Neurosurgery and Injury Prevention Research Office at St. Michael’s Hospital. “Marketing campaigns for energy drinks usually are carefully crafted to include sponsorship of events that are very appealing to this age group, like snowboarding.”

The reported use of energy drinks and alcohol among young people is of special concern, the study authors say. Prior research has suggested that caffeine can mask the effects of alcohol, making it more difficult for a person to determine when they should stop drinking.

“Mix [the energy drinks] with alcohol and suddenly the effects of energy drinks alone pale in comparison to the physical and emotional risks posed by this mixture to a developing brain,” says Ilie. “Let us keep in mind that our brain doesn’t stop developing until mid-20s or even early 30s.”

The researchers cannot draw a causal link between energy drinks and TBIs from their data. Ilie says the effects of energy drinks on a healthy brain are still very little understood, and more research is needed to understand the connection.

As TIME has previously reported, data suggest that about 50% of adolescents consume energy drinks, and 31% do so on a regular basis. Young people appear to increasingly choose energy drinks over soda, and the U.S. energy-drink market is projected to grow more than 11% by 2019 to $26.6 billion in annual revenue.

“Suggesting that drinking energy drinks in some way uniquely contributes to this or any other injury is counter to the facts,” the American Beverage Association, a trade group that represents the beverage industry told TIME in a comment on the study. “In fact, this study does not and cannot show a causal link between energy drinks and any adverse health outcome. Importantly, just this year the European Food Safety Authority (EFSA) once again confirmed the safety of energy drinks and their ingredients after an extensive review. Energy drinks are non-alcoholic beverages and when it comes to caffeine, most mainstream energy drinks contain about half as much as a similar sized cup of coffeehouse coffee. And energy drink manufacturers voluntarily go far beyond all federal requirements when it comes to labeling and education.”

“Until we better understand what the effects of these drinks are, we need to be vigilant and discourage the association between energy drinks and sports,” says Ilie. “Surely there has to be another way to promote these drinks without the risk of harmful effects on teens.” 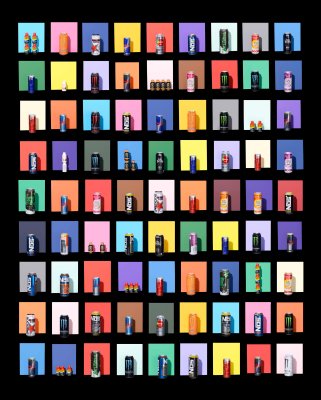 Energy Drinks Have Doctors Worried
Next Up: Editor's Pick