Matt Damon Under Fire for Comments About Diversity in Movies

Matt Damon has come under fire after making controversial comments regarding diversity in film.

During an episode of HBO’s reality competition show Project Greenlight, in which Damon and Ben Affleck award a $3 million film budget to aspiring filmmakers competing to direct the same script , Damon found himself in a heated debate with Effie Brown, a successful black film producer.

While the panelists were discussing which contestant to grant the money to, Brown suggested her top contender was a directing team that included a Caucasian female and an Asian male (Leo and Kristen).

When the fellow panelists showed their surprise at Brown’s choice, she stressed the importance of choosing a diverse directing team that could properly deal with the issue of the only black character in the film being a prostitute.

“I would just want to urge people to think about whoever this director is, the way that they are going to treat the character of Harmony with her being a prostitute, the only black person being a hooker who gets hit by her white pimp,” she said. “You’re looking at this group right here and who you’re picking and the story that you’re doing, and I just want to make sure that we are doing our best.”

Brown favored Kristen and Leo because they directly addressed this issue earlier in the episode when meeting with the judges, saying they wanted to make sure the film didn’t feel like it was “slut-shaming” the female character.

Damon, 44, cut in to point out that other, less diverse teams had also raised the same concerns.

“I will say that the only team that’s left with diversity is the team that announced that they like this script the most as it is, and that’s Leo and Kristen,” he explained. “Everyone else had major problems with exactly the things you’re bringing up and exactly the things that we brought up to each other.”

Damon then claimed diversity was not necessarily an issue for them to consider when choosing a director, but that it should be the focus during the casting process

Damon’s comments have sparked fervent comments online and a heated debate on what exactly he meant. Some social media users are accusing Damon of “whitesplaining” diversity.

In a separate interview later in the show, Damon addressed the topic once more, saying he was glad Brown “flagged the issue of diversity for all of us.” He went on to explain his comments by suggesting that the point of the show was to choose the director solely based on their talent, and nothing else.

“If suddenly you change the rules of this competition at the 11th hour, it just seems like you would undermine what the competition is supposed to be about, which is about giving someone this job based entirely on merit and leaving all other factors out of it,” he said. “It’s just strictly a filmmaking competition.” 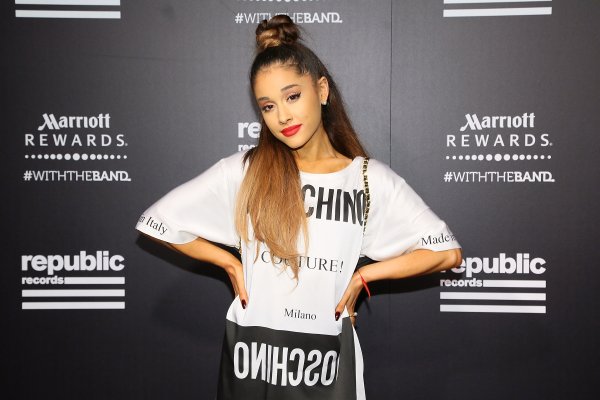 Ariana Grande on Doughnut Licking Incident: 'There's Nothing to Justify It'
Next Up: Editor's Pick