The U.S. Warns North Korea About Restarting Its Nukes Program

Washington has warned Pyongyang to refrain from “irresponsible provocation” after North Korea announced that the country’s main nuclear facility was up and running on Tuesday after eight years of deactivation.

The White House said North Korea should “focus instead on fulfilling its international obligations,” the BBC reports.

The reactor at Yongbyon is the source of plutonium for North Korea’s nuclear weapons program. It was shut down in 2007 as part of a deal to receive international aid but is now reportedly running normally. Experts believe that the facility is capable of creating one nuclear bomb’s worth of plutonium every year.

Reports out of Pyongyang claim that North Korea has created a nuclear warhead capable of being launched at its enemies. 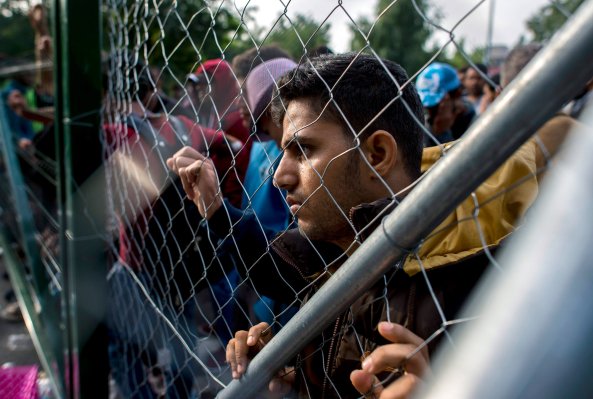 Refugees Crowd at the Gates of Fortress Europe
Next Up: Editor's Pick